Get to Know Katelyn Murphy, the 2019 Orange County Player of the Year 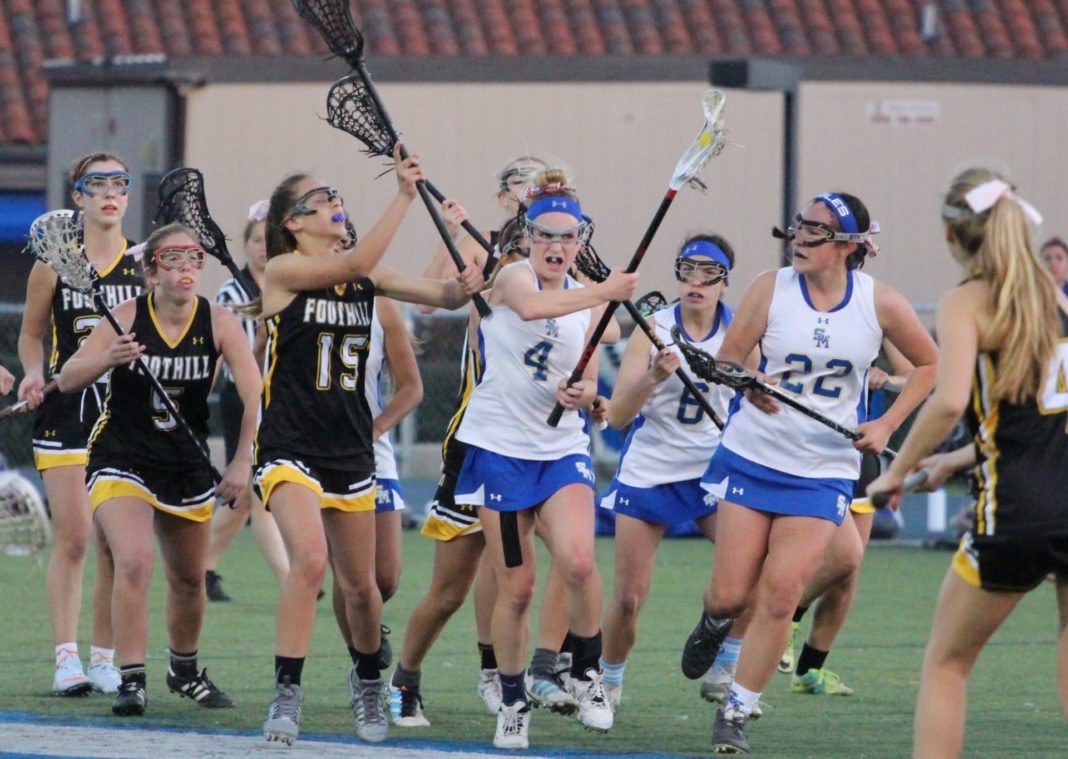 The Santa Margarita girls lacrosse team made the semifinals for the first time since 2012 this season.  One big reason for that success was the impact of Katelyn Murphy, the Orange County girls lacrosse Player of the Year.  Murphy finished the season with 145 goals, 35 assists, 205 draw wins and 73 groundballs for the Eagles.

“I thought there might be a small chance, but I did not expect it. There was an insane amount of talent this year from many teams. I have played club or trained with almost all of these girls at some point, and they are all powerful, dynamic players,” Murphy said via email.

Murphy, who started playing lacrosse when she was in the second grade, didn’t become player of the year overnight. She had to improve her from the start of her high school career.

Her freshman year saw her score 36 goals, which tied for second most on the team. But Murphy wanted to improve her game after that year.

“I used to be a spaz on the field my freshman year. I was 100 miles per hour all the time and let my emotions get the best of me, which led to a lot of aggressive mistakes. I never used to think through the mental or strategic parts of the game. I definitely had to improve that over the years. Instead of just ripping every shot I took, I learned where to use finesse rather than power when the situation called,” Murphy said.

Murphy really started to pick up steam in her sophomore year when she nearly doubled her scoring production with a team-leading 68 goals that helped the Eagles to a playoff win against San Juan Hills and trip to the quarterfinals, where they narrowly lost to Foothill 16-15.

“Overall, I think I gained field maturity because I became more patient on the field, I controlled my emotions, and just read game situations better,” Murphy said.

Murphy’s junior year saw her lead the Eagles in goals again, scoring 67 and leading the Eagles to a 9-8 first round playoff win over Los Alamitos and back to the quarterfinals, where they fell short to Trabuco Hills 12-10. The Eagles had a new head coach that year, Kirstyn Atkinson, who took over for Robert Mezeul after he stepped down.

“It was an interesting experience adjusting to three different coaching styles, but I learned you just have to be able to adjust for anything. All of my coaches had a profound impact on how my game grew over the years,” Murphy said.

During Murphy’s senior year, the Eagles got yet another new head coach – Katie McHugh. McHugh said that Murphy’s leadership was none like she ever coached.

“Katelyn Murphy is the most determined player that I have ever had the privilege to coach. She is a leader, team player, and a work horse. She does not give up, she is constantly working to get better at every aspect of the game. Her personality is contagious, she is constantly making the team laugh but can easily get them to refocus. She is an incredible leader on and off the field,” McHugh said via email.

“The best part of this year was the amount of one goal games we won. In the past, we have always come out on the losing side of these close games. This year we were 5-0 in one goal games against some pretty tough competition (St. Margaret’s, Mater Dei, Aliso Niguel, Westlake, and Park City, Utah),” Murphy said.

Murphy said that despite having a young team, McHugh reinforced the team’s mindset every practice and game and it became a staple to the team.

“Katelyn made SM a better team in every way possible. She was an outstanding leader on the team this season, she helped guide our younger players in the right direction. She was constantly staying after practice to help work with freshman to make sure they were ready for our next game,” McHugh said.

Murphy also ran track and field at Santa Margarita as well as balancing out lacrosse and academics.

“I work better when I’m busy. Playing both sports just reinforced the importance of time management and how I needed to plan out my day to get everything done,”

Murphy, who has a 4.6 grade-point average, will be playing lacrosse at San Diego State University next year. She said she will miss her coaches and teammates in both lacrosse and track and field.

“Being around people who are hardworking yet have a lot of fun together at the same time was the best part of playing lacrosse and running track at SM. I’m excited to play with a bunch of new teammates at the next level while challenging myself to further improve,” Murphy said.