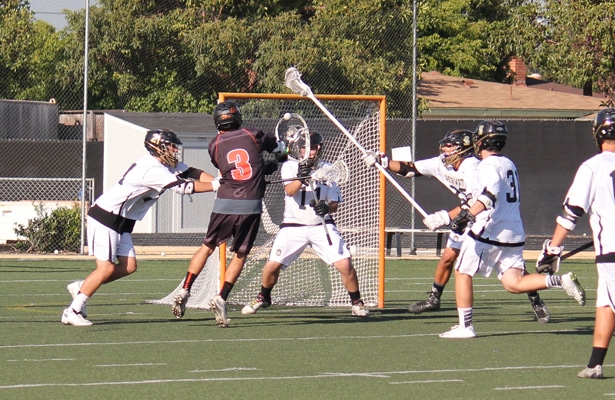 Ryan Kelaher recently took over as head coach of the Huntington Beach boys’ lacrosse team.  The Hofstra alum and former Long Island Lizard brings a winning tradition and a wealth of playing and coaching experience to a program with a tremendous upside.  The 2013 Sunset League champions slipped to 9-10 this past season but have the talent and desire to compete for another title in one of the OC’s most competitive leagues.  Coach Kelaher set aside some time to chat with MaxLaxOC.com.  Read on to get to know Ryan Kelaher.

MaxLaxOC.com: Tell us a little bit about your lacrosse background.
RK: I grew up playing lacrosse at a young age on Long Island, NY.  I played for Ward Melville High School.  There I was a three year starter for Coach Joe Cuozzo.  We were able to win two New York State titles.  After playing for the Long Island Empire State team I played for Loyola University in Baltimore.  The last two years of my career were spent at Hofstra University where I played for Coach Danowski.  In 2006, we made it to the Quarterfinals where we lost to UMASS by 1.  In 2008, I was signed by the Long Island Lizards and soon realized I wanted to coach.  I then began coaching at Ward Melville High School and then came out West to join Whittier College’s staff.  The past three years I have assisted in Orange County and I am excited to lead Huntington Beach this coming year!

MaxLaxOC.com: What advice do you have for the high school player who wants to play in college?
RK:Keep on top of your academics.  I assure you, there is always someone working harder: Maybe in the classroom or maybe on the field.  Do the best you can in both and you will be noticed.

MaxLaxOC.com: What attracted you to the Huntington Beach job?
RK:  Huntington Beach is in a perfect position.  It is a great school with an existing program that is ready to be rebuilt and achieve success.  The parents and players and are onboard with this year’s schedule and the staff/administrators at HBHS have been extremely supportive of me.

MaxLaxOC.com: What style of play do you like to use?
RK: I plan to make use of multiple playing styles.  Of course run-and-gun is exciting, but “different times call for different measures.”  Our style will vary each week and for each opponent.

MaxLaxOC.com: What are your three top priorities for next season?
RK:First, I want to get know the team and its player’s strengths.  Second, I want create a balance of hard work and fun.  Third, I want to begin Huntington Beach’s climb toward the counties lacrosse elite.

MaxLaxOC.com:  Best lacrosse memory as a player?
RK:There are so many, but if I were to find one, it would be in 2006.  Johns Hopkins, Princeton, UNC, etc. all came up to Hofstra and we handled them pretty well.  That year we reached a NCAA #2 ranking and our team that year was phenomenal! Thanks to the coaching staff of Danowski, Amplo, Caputo and Smith and my teammates.

MaxLaxOC.com: What is your favorite movie?
RK: Another good question, ROCKY IV, Braveheart all come to mind, but Groundhog Day wins.  That movie gets better every time you watch it.

MaxLaxOC.com: What is one thing about you that your players will be surprised to learn?
RK: My players may be surprised that I was an All-County football player as well as an All-American lacrosse player.  I urge all of my players to cross-train in as many ways as possible.

MaxLaxOC.com: What advice do you have for the high school player who wants to play in college?
RK: Playing in college is possible.  Out here MCLA and club ball exist.  Division III presents hundreds of schools where players can seek to play, Division 1 is a much narrower goal.  The NCAA participation percentage is small relative to the number of high school participants (this is true in every sport), but each player sets their own path.  Players should focus on their skills and academics and let their story play out.

MaxLaxOC.com: What advice do you have for the youth player who wants to play in high school?
RK: Crosstrain and focus on fundamentals! Many young players think that the game changes when you get older.  The game doesn’t change, it is just played by bigger, stronger and faster players.  Fundamentals are the key.

MaxLaxOC.com: East Coast vs West Coast. Has West Coast lacrosse caught up yet? What differences do you notice?
RK: Unfortunately not yet.  Kids back East grow up playing. They get their first stick in 1st grade, some pre-K.  It’s a legacy sport back East. But, it is only a matter of time.  The ability to practice, train and compete year round will bring a closure to that gap soon.  Take a look at rosters at Syracuse, Virginia, Duke, Hofstra, Rutgers, and Denver (just to name a few); coaches are realizing the talent.  Soon, all Division 1 teams will recruit West coast players.  The game is still growing faster than ever.

Thanks Coach and best wishes for a successful season!