Get to Know the Housers 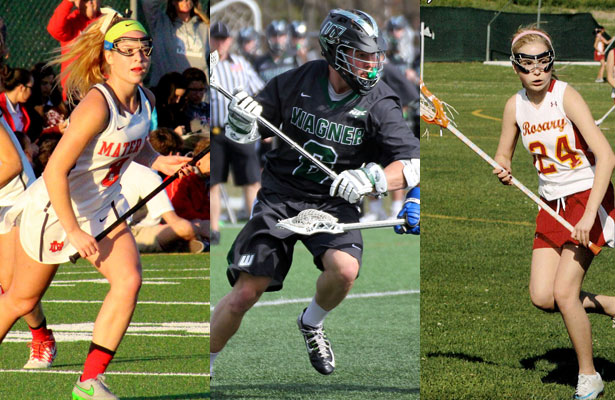 Like the game itself, until recently the “Lacrosse Family” has been a tradition limited to the lacrosse hotbeds.   We’ve all heard of the Gaits, the Powells, the Stanwicks, and the Thompsons.  Although the West has yet to produce such family dynasties, the time is coming. More and more,  lacrosse is becoming a family affair here in the OC and throughout the West.  We’ve particularly noticed a rise in the number of families that have brothers and sisters sharing their love of the game, and thought it would be fun to introduce our readers to some of these families. Today we introduce you to a family that is as passionate about lacrosse as any but has their own unique approach to the game:  Savannah, Nico , and Grace Houser.

Savannah,the oldest Houser sibling, started the Captain trend when she played on the first Rosary High School girls’ lacrosse team. “We had a nice team, but we were all new to the sport,” Savannah explained.  ” We didn’t win many games but we had a good time. Our second year, Jenna Porter, was our coach, so we learned a lot.”

Known as “lacrosse-lite” around the lax-crazy Houser household,  Savannah chose not to play lacrosse after high school. Now a senior majoring in molecular and cell biology with an emphasis in immunology and infectious diseases at Cal-Berkeley, Savannah said  of her high school career “I played for fun, exercise and to be with friends.”

Nico played for the same reasons as his older sister, but he also had a goal in mind.  Nico wanted to play NCAA Division 1 lacrosse.  However, a debilitating leg injury in high school almost derailed that dream.

Nico broke his right leg so severely his sophomore year at Santa Margarita that many thought he would never play again. He was out of action for the entirety of the 2013 high and summer recruiting seasons. Nico fully recovered thought, and his perseverance was awarded with a commitment to Wagner College, where he just completed his first year of NCAA Division 1 lacrosse.

It has been a great experience,” Nico says of his first year at Wagner”. “It is hard work, though. I have good teammates. We do a lot together. It’s like being in a fraternity, but unlike a fraternity, we practice at 6:00am.”

Grace is the only Houser still playing lacrosse in Orange County. She is a rising senior at Mater Dei, where she just helped the Monarchs to a perfect 21-0 season and the Southern Section Championship.  She has been named All County all three of her varsity seasons, and was also recently selected for the Under Armour West Underclass for the second consecutive season.

Although Nico and Savannah chose different college paths, Grace has found a way to follow in both of her older siblings’ footsteps. Like Savannah, Grace will attend Cal-Berkeley where, like Nico, she will be play Division 1 lacrosse.