Get to Know Devon Wills 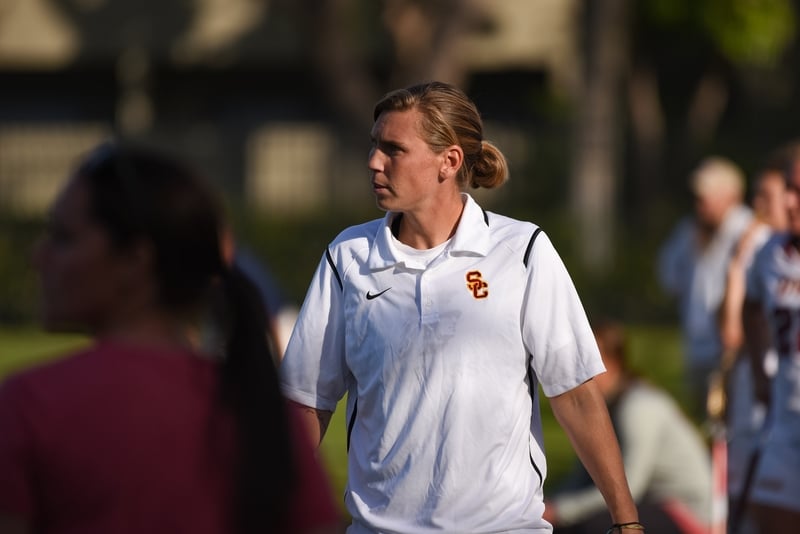 The Devon Wills Clinic Tour makes its only stop in Southern Californa on October 23 at the Victory Athletic Center in San Juan Capistrano.  Widely recognized as the one of the best women’s lacrosse goalies in the world, Wills and her staff have created a tried and true single-day curriculum designed to focus on the specific skills and techniques needed to play at the highest level in the cage. Participation will be limited to 40 students. Here are five things you should know about Devon Wills. Click on any of the images below to register for the clinic.

Devon is the Associate Head Coach at USC

Devon Wills enters her fifth season (2017) at USC and her second as the Trojans’ associate head coach. Wills previously served three seasons as assistant coach, defensive coordinator, and recruiting coordinator for the Women of Troy. Before her arrival at Troy, Wills was an assistant at Denver for two years (2010-11): a volunteer assistant in 2010 and a full-time assistant in 2011. She works specifically with the Trojan defense and goaltenders.

Wills helped lead the Trojans to a 20-1 record, the Mountain Pacific Sports Federation championship, and the NCAA quarterfinals in 2016. The Trojans’ defense allowed their opponents to reach double digits only three times last season.

Devon is a World Champion

Widely regarded as one of the world’s elite goalies, Wills has been a goalie for the U.S. national team since 2007. She helped the U.S. win the 2009 FIL World Cup and was named the Player of the Match in the team’s 8-7 victory over Australia in the championship game. Wills returned as a member of the U.S. squad that claimed a record seventh world championship in 2013 and was also selected to the training squad set to prepare for the 2017 championships.

Devon Was The MVP of the United Women’s Lacrosse League

Entering the inaugural championship weekend for the UWLX, Wills had the best goals-against average in the league. Wills kept it up in the championship game, leading the top-seeded Long Island Sound to a 13-8 victory over Holly Reilly and the No. 2 Boston Storm at Johns Hopkins University  Wills was named the tournament’s Most Valuable Player.

“It’s phenomenal for her,” said Sound coach Shannon Smith. “She’s such a trendsetter for the sport. She’s always going out there to do the new thing, trying out for the Long Island Lizards, and now for Devon to actually be part of the professional women’s lacrosse league and to be the MVP, to step up for us in this game and have huge saves for us, I think it’s just unbelievable and I’m so happy. I think everything is really starting to come full circle for her.”

Devon was the First Female Player in MLL History

You Can Still Sign Up for the Devon Wills Goalie Clinic

Wills was a four-time (2003-06) All-Ivy League performer with three selections to the first team. She was also a three-time IWLCA All-America second-team honoree (2004-06). As a team captain in 2006, she led the NCAA in goals-against average and helped the Big Green advance to the NCAA championship game.