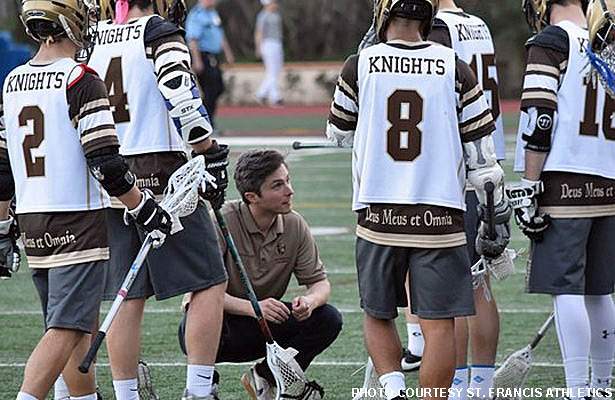 After four years at the helm, in which he guided St. Francis High School from a start-up program to the US Lacrosse L.A. playoffs, Geoff Watson has stepped down as head coach, calling it a personal decision.

“I had a great experience coaching these young men,” Watson said via email, “but it’s time to focus on something new.”

Watson was named head coach before the Golden Knights debuted as an independent CIF lacrosse program in 2013. After going 2-10 in that inaugural season, then 8-9 the next year, St. Francis joined the Mission League in 2015. The step up in schedule was a struggle, as the Knights went 0-8 in league and only 5-11 overall.

But things changed this season, with a group of seniors who had been with the program since its inception. St. Francis went 3-5 and finished tied for third in the Mission League, beating Crespi twice and Chaminade once. They were 9-8 overall in the regular season and earned the program’s first playoff berth. A first-round loss to league opponent and eventual L.A. champion capped the most successful season in the Knights’ brief history.

Now St. Francis is seeking a new coach to open the program’s next chapter. The school posted the opening on LaxPower.com last week: