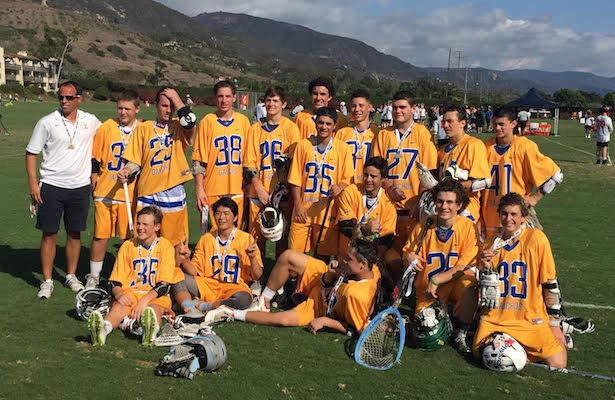 Santa Margarita Catholic High School sophomores Nick Parrino (no. 35 above) and Matt Ury (No. 40 above),  and El Toro High School sophomore Jackson McKenney (no. 31 above) played key roles for the Gaucho Select 2018 team that captured second place in the High School Gold Division at the Santa Barbara Showdown this weekend.  The Gauchos, donning UCSB colors, finished with a 3-2-1 record with both of their losses coming to NinjaLax, the tournament champions.  Parrino scored two goals in his injury-shortened appearance. McKenney notched three goals.  Ury and his long pole made noise all over the the field, playing shutdown D, winning faceoffs, and finding the back of the net.