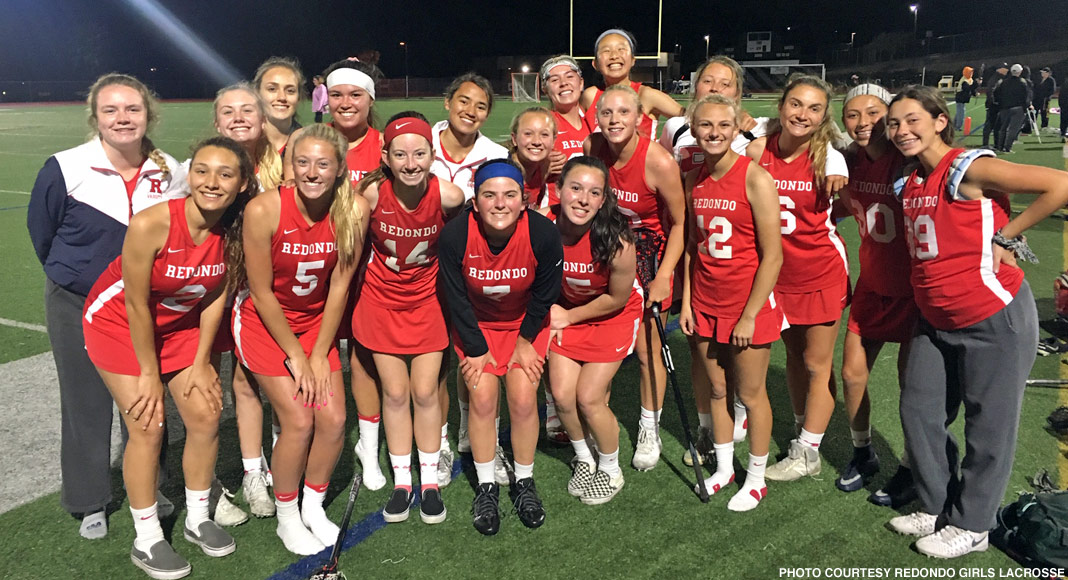 Marianna Gamet won the first four draws and scored two early goals Wednesday, helping No. 2 Redondo Union to a quick 4-0 lead in a 17-8 victory at No. 10 Oak Park. Brooke Tokushige scored one of her game-high five goals in that opening burst, and Addy Bass had the other.

Gamet won 11 of 12 draws in the first half, enabling the Sea Hawks to maintain a two-goal advantage throughout the half, even as Oak Park came back to make it 4-2 and, later, 6-4. Jordan Davis had two goals and Tokushige added another in that stretch, giving Redondo a 7-4 lead, then Tokushige found the net again in the closing seconds of the half to make it 8-4 at the break.

Redondo offense clicked in the second half, as the Sea Hawks rattled off nine consecutive goals to put the game out of reach at 17-4 with 13 minutes to play. Redondo’s defense was just as good in the second half, holding Oak Park scoreless for 17 minutes. Defenders Ava Blair, Sierra Dorn, Jazz Rokosz and Jackie Lowenstein put a lot of pressure on Oak Park.

Redondo substituted early in the second half and cleared its bench for the last 15 minutes, and Oak Park made some nice plays to get the final score to 17-8.

Redondo (5-1) plays at No. 15 Mira Costa on Friday and will play host to No. 6 Chaminade on Saturday afternoon. Oak Park (3-4) plays at Louisville on Friday.

Information and photo submitted by Redondo Girls Lacrosse and culled from @OakParkGirlsLAX on Twitter.