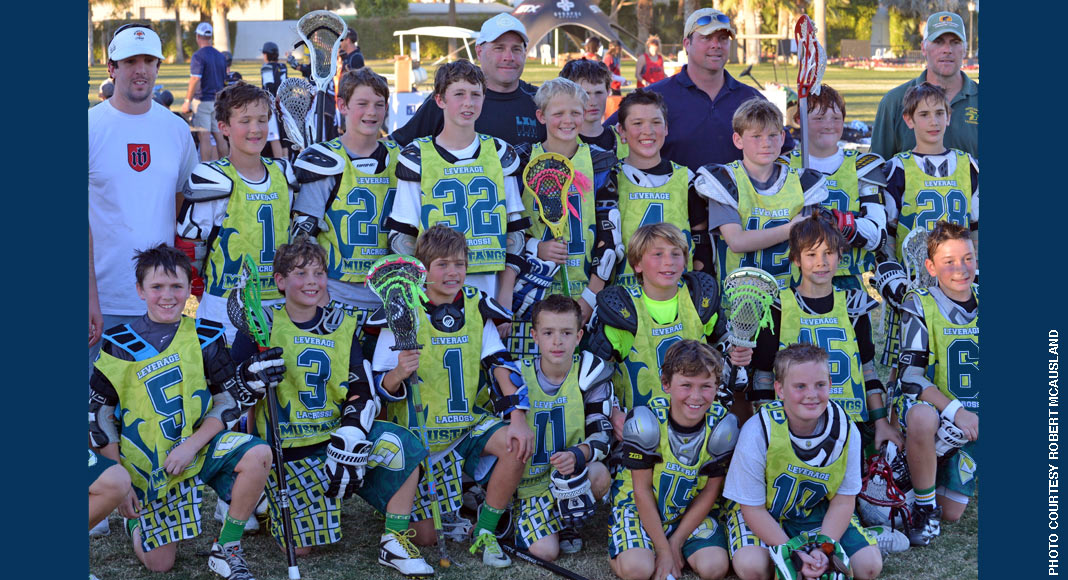 Six years ago, a couple of lacrosse dads who would go on to start the South Bay Lacrosse Club put together a roster of 5th and 6th graders under the Leverage Lacrosse banner and entered it in the 2013 Sand Storm Tournament in Palm Desert.

Robert McAusland, one of those lax dads submitted this picture and identified each player.

“This was their first big tournament, and we made it to the finals,” McAusland wrote. “Most of these kids went on to play for South Bay Lacrosse Club, Factory and Tribe, but more amazing is that almost every kid is still playing today and [many] are committed to play in college.”

Of the players pictured, by MaxLax’s count, at least 14 are on (or have been on) high school varsity rosters in LA or Orange County. Currently, seven play for No. 1 Loyola, two for No. 2 Palos Verdes and four for No. 11 Mira Costa. One plays for Orange county No. 14 Mater Dei. Four of the players are committed to play in college.