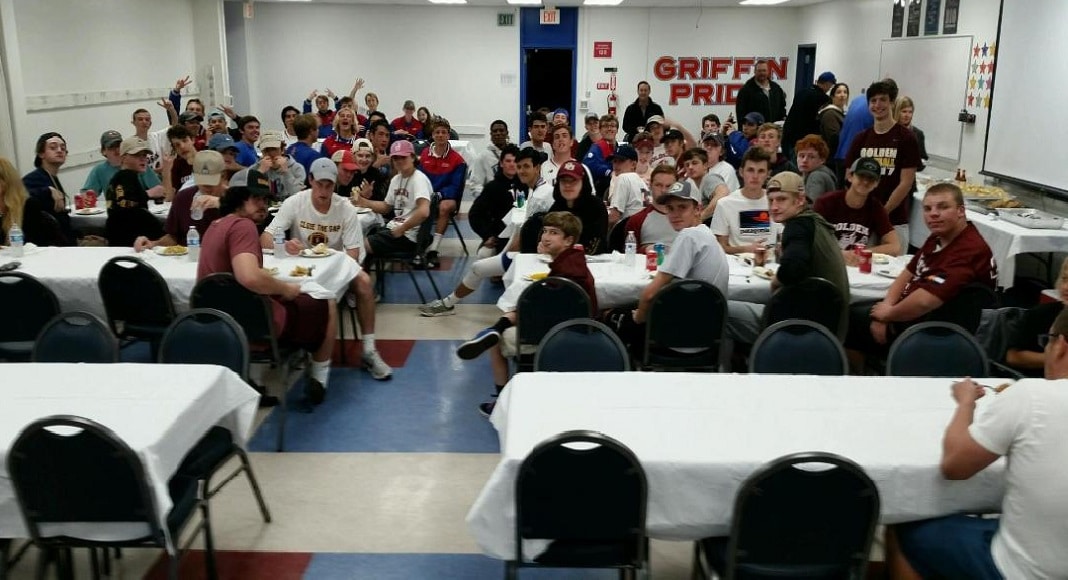 The Los Alamitos boys lacrosse team got a much-needed win against Golden of Colorado, as the Griffins won in overtime 11-10 on Friday at Los Alamitos High School.

“Was great to see our younger players step up tonight helping to energize the team and bring us together.  It was back and forth the entire game, both teams fighting hard and playing their best.  Highlight was the incredible sportsmanship and respect both teams showed each other. That made for a great night of fun,competitive lacrosse for all. Was an honor to host Golden High School, they are an extremely well-coached team of awesome players that we look forward to playing again in the future…home or away,” Griffins coach Tim Fox said in an email.

Lincoln Frazier nailed the game-winning goal in overtime and also added one assist. Trenton Jones, who had the game-tying goal, led the Griffins with four goals while Thomas Dentzer and Gavin Poetsch had two goals apiece. Ed Shean and Jack Doyle each had one goal apiece for the Griffins, which got 14 saves from Cullen Murray.

The Griffins fell behind 3-1 at the end of the first quarter but scored three straight goals to take their first lead of the game at 4-3. Eventually, the two teams went into halftime tied 5-5 and found themselves tied 7-7 after three quarters.

On the ensuing draw, the Golden Demons won the draw and called a time out to set up a potential game-winning shot. However, the shot was saved by Murray and eventually, the Griffins got it up the field and called time out on their own.

Out of the timeout, Frazier had the ball, but was unable to find someone open due to the Golden Demons’ “locking everyone off on Los Alamitos’ offense,” according to Fox. Frazier was forced to run with the ball, almost losing it but regaining possession and eventually scoring the game-winner.

“Our guys played great lacrosse and were able to put together a full game.  Seeing our players not back down, show amazing heart and hustle, and pull out the Win was fun to watch and coach.  The coaches are very proud of the team effort put forth on the field tonight, and more importantly, that they respected the game while doing it,” Fox said.

After the game, the two teams shared a meal together by the host Griffins in good spirits and with good energy.