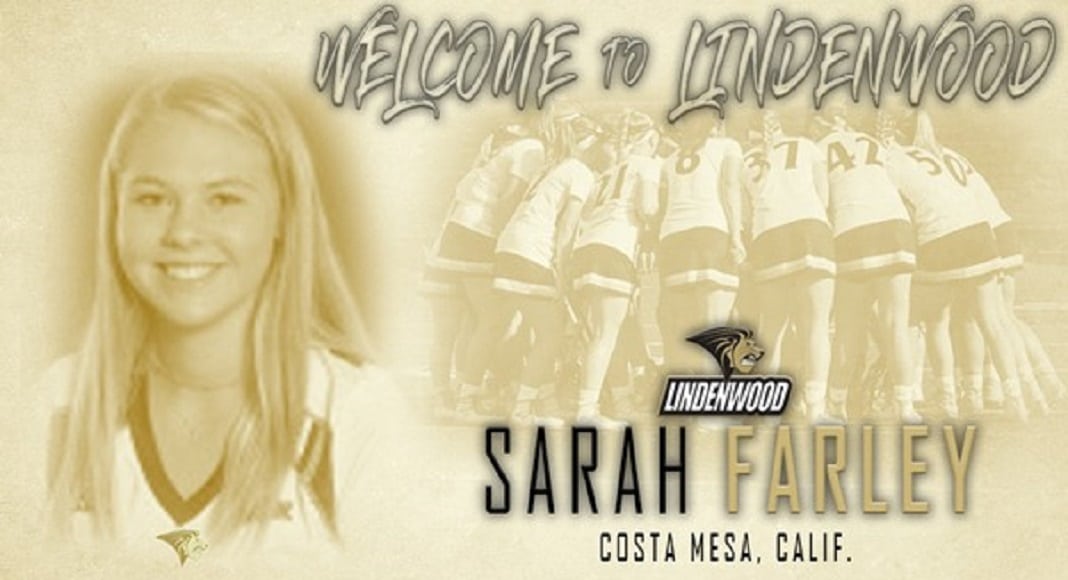 Sarah Farley, (Newport Harbor ’17), will be transferring to Lindenwood University, an NCAA Division II school in St. Charles, Missouri, from the University of Central Michigan to continue her lacrosse career. The announcement was made on Wednesday on Lindenwood’s athletic website and was announced from Lions coach Jack Cribbin. Farley has three years of college eligibility left.

Farley played varsity for three seasons at Newport Harbor and helped lead the team team to unprecedented success with back to back appearances in the County semi-finals her junior and senior seasons. She finished her senior year at Newport Harbor with 42 goals, 38 ground balls, nine interceptions, 34 caused turnovers and 60 draw controls.

Last season, the Lindenwood Lions went 19-1 and was the No.1 seed in the NCAA tournament, before suffering a 15-14 double-overtime quarterfinal loss to Regis.