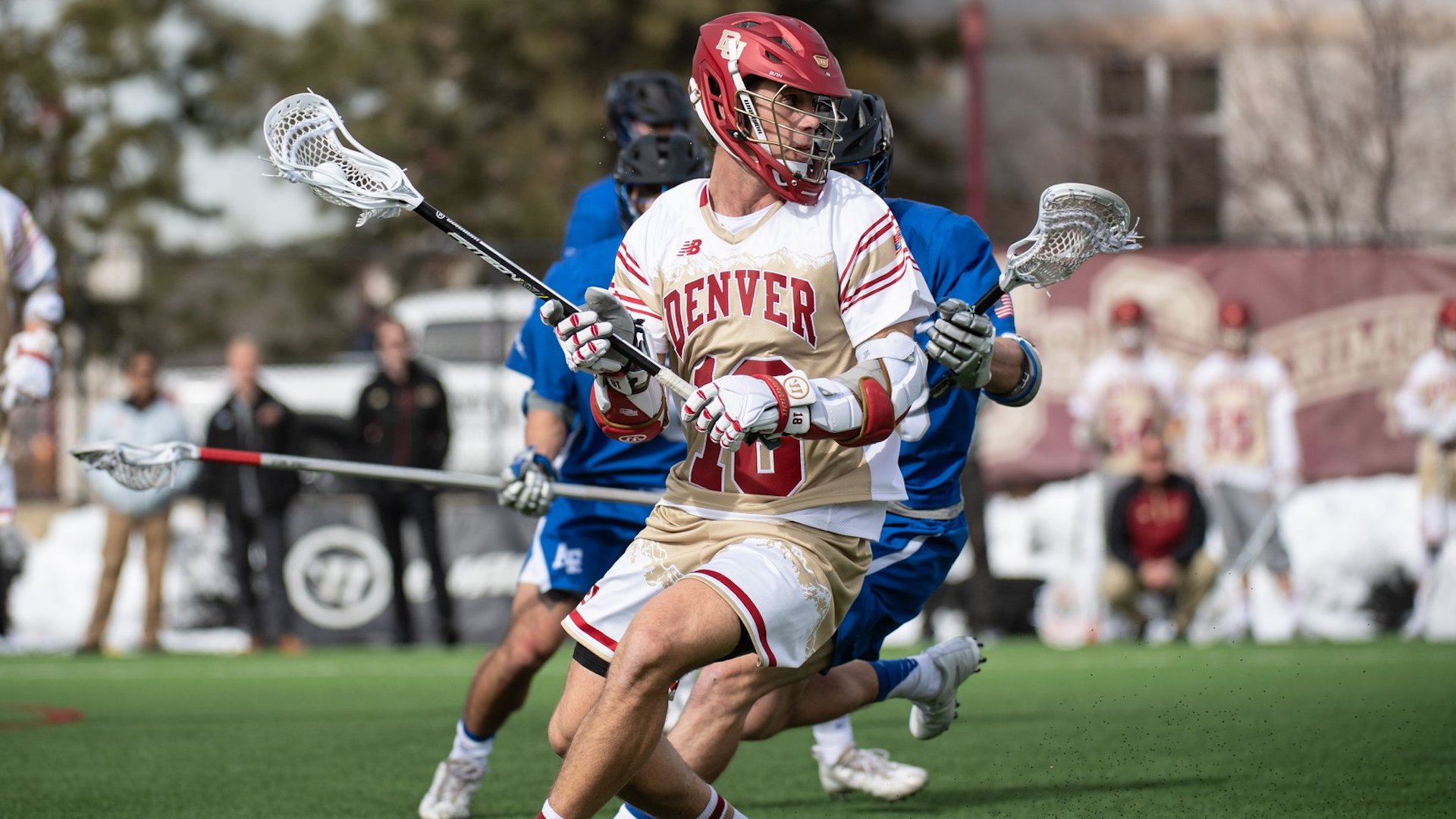 Opportunity knocked for former Foothill standout Ellis Geis on Saturday.  A surprise starter for the University of Denver in Saturday’s opener, Geis opened the door and said c’mon in. He made the most of his opportunity with three goals in just two and a half quarters of play.

The 6-foot-4, 200-pound freshman was not sure if he would even see the field right up until game.  However, an injury to Austin French triggered a late decision by the coaching staff to move Colin Rutan from righty attack to X and put Geis on the field for the opening faceoff.

It was not that long ago that was a Foothill Knight were contending with Southern California’s top teams for a US Lacrosse Southern Section title.

And while Foothill never managed to get over the hump during Geis’ time as Knight, his individual talent on the field and in the classroom was enough to garner much interest from the Pioneers and other top programs.

Geis committed to the perennial Top 10 Division I program during his sophomore year of high school in 2015. He spent the remainder of his high school years using his formidable size and skills to lead Foothill to an Orange County championship, two appearances in the OC championship game, and numerous individual honors.  Fast forward to this fall, and it was time to finally make the leap from high school ball to big time college lacrosse.

MaxLax spoke with Geis prior to this season to talk about life as a D1 athlete where he went from being the All American standout to a full roster of All-American caliber athletes fighting for 10 starting positions.

Despite his skill set, Geis admitted last fall that he was in an unfamiliar situation transitioning from being one of the best players in high school to being just another face in the crowd vying for a spot on one of the most renowned programs in the nation.

Geis reported that the team welcomed the freshman class with open arms.  Whether it be helping the newbies move-in to their new dorms or mentoring them through the early challenges of managing the academic-athletics time balance, the coaching staff and upper-classmen were there to support their new teammates and instill a winning culture.

“Off the field, all the guys, I love them,” Geis said. “They’re really nice and helpful and they weren’t weird at all when the freshmen came in. It felt like they wanted to get to know us.

The goals and camaraderie are still present on the field, however the dynamics change as 50 or so highly-competitive athletes jockey to earn the limited game time that is available.

“It’s still that way on the field, but also know that everyone is also fighting for a spot, so during practice that all goes out the door and they’re fighting for their spot, and you’re fighting for your spot. It’s an interesting dynamic.”

Despite Geis’ success on Saturday, there is another game to be won this week, and the coaching staff will be watching practice closely to make sure they put not just a good team on the field but their best team.  So it’s a pretty safe bet that by Monday morning the fight for that starting righty attack spot began again on Monday morning.