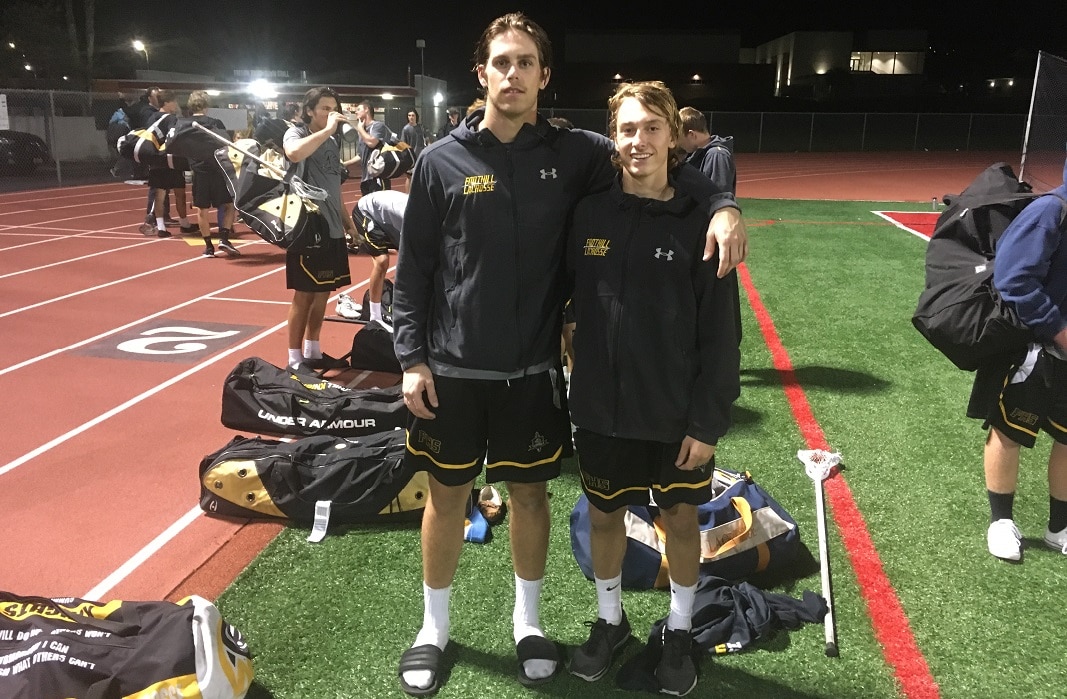 After fighting tooth and nail for three quarters, the Foothill boys lacrosse team scored nine goals in the fourth quarter to defeat San Clemente 20-10 on Monday.  The result put Foothill (13-1) back in the win column after losing to San Ramon Valley last week while San Clemente (6-2) suffered their second loss in three games.

“We just had to start playing with our fundamentals in mind, stop fouling and just focus on the individual simple job, not make it too complicated,” Foothill coach Jon Fox said.

In a rematch of last year’s county semifinal, it was San Clemente that began the game strong. After Foothill scored the first goal of the game, San Clemente scored three straight to give them a 3-1 lead after the first quarter.

The Knights and Tritons continued to trade blows in the second half with the Foothill trying to establish dominance but San Clemente would have none of it.  After Aiden Fallon cashed in a late rebound for San Clemente, the half ended in a 7-7 tie.

The game remained close after the third quarter with Foothill clinging to an 11-9 lead.  However, Foothill’s relentless pressure took its toll on the Tritons in the final 12 minutes and the Knights scored at nearly a goal per minute clip to pull away with the 20-10 victory.

“We know we got to show up to every single game, we got to catch and throw. We got to see what’s going on the field and try to address those errors,” Fox said.

Geis continues to pick up steam as he recovers from an injury that caused him to miss some early games.

“He’s getting healthier and healthier each week,” Fox said of Geis. “He’s starting to get healthy and in a few more weeks he’s going to be really difficult to deal with.

For the Tritons, Jack Rogers led the way with three goals while Branden Wilson and Liam Nelson notched two goals apiece. Fallon, Nick Amico and Jake Brannon chipped in one goal apiece for the Tritons, who got 10 saves from Eugene Kang.

Up next for the Knights (12-1), a home game against Westlake on Thursday at 7 p.m. The Tritons (6-2), they travel to Arizona to play Notre Dame Prep on Wednesday at noon.