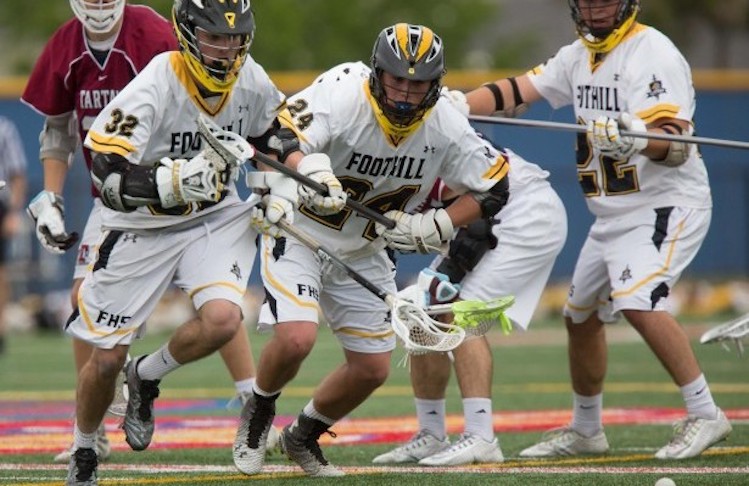 Foothill opened 2017 with a 12-5 victory over Great Oak in the 11th annual Orange County Invitational. After a slow start by both teams in the first quarter, Foothill started to heat up and their 71% shooting accuracy was too much for the Wolfpack to overcome.

Geis opened Q4 with an unassisted goal from the wing, and Thiebeault responded by letting loose a three-goal flurry to close out the game.

The Knights suffered from 23 turnovers, but made up for this by controlling possessions at X, with Junior Miles Smart taking 11 of 15 faceoffs (8 gb), and junior Michael Logan (Colorado Mesa) taking 5 of 6 faceoffs (5 gb).