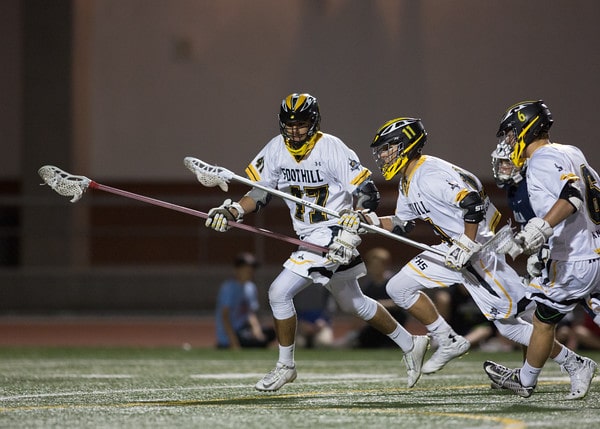 Foothill High School defeated Loyola 10-3 on Wednesday night in the final round of the Orange County Invitational. The Knights, now 4-0, were the only team to finish the annual season-opening tournament unscathed. A swarming defense backed by Ryan Blank between the pipes held Loyola (3-1) to 12 goals below their season average. Foothill played the first penalty-free game in its history.

Long known for their offense, it is the defense that is setting the tone this year. The Knights have allowed just three goals in all but one game this year (a 12-10 victory over St. Margaret’s). Defenseman Kosta Dalis (five groundballs and four caused turnovers) and LSM Jared Copeland(3 gbs and 3 cto) anchored the defense. On the few instances that the defense did break down, Blank (9 saves) was there to make saves like this one.