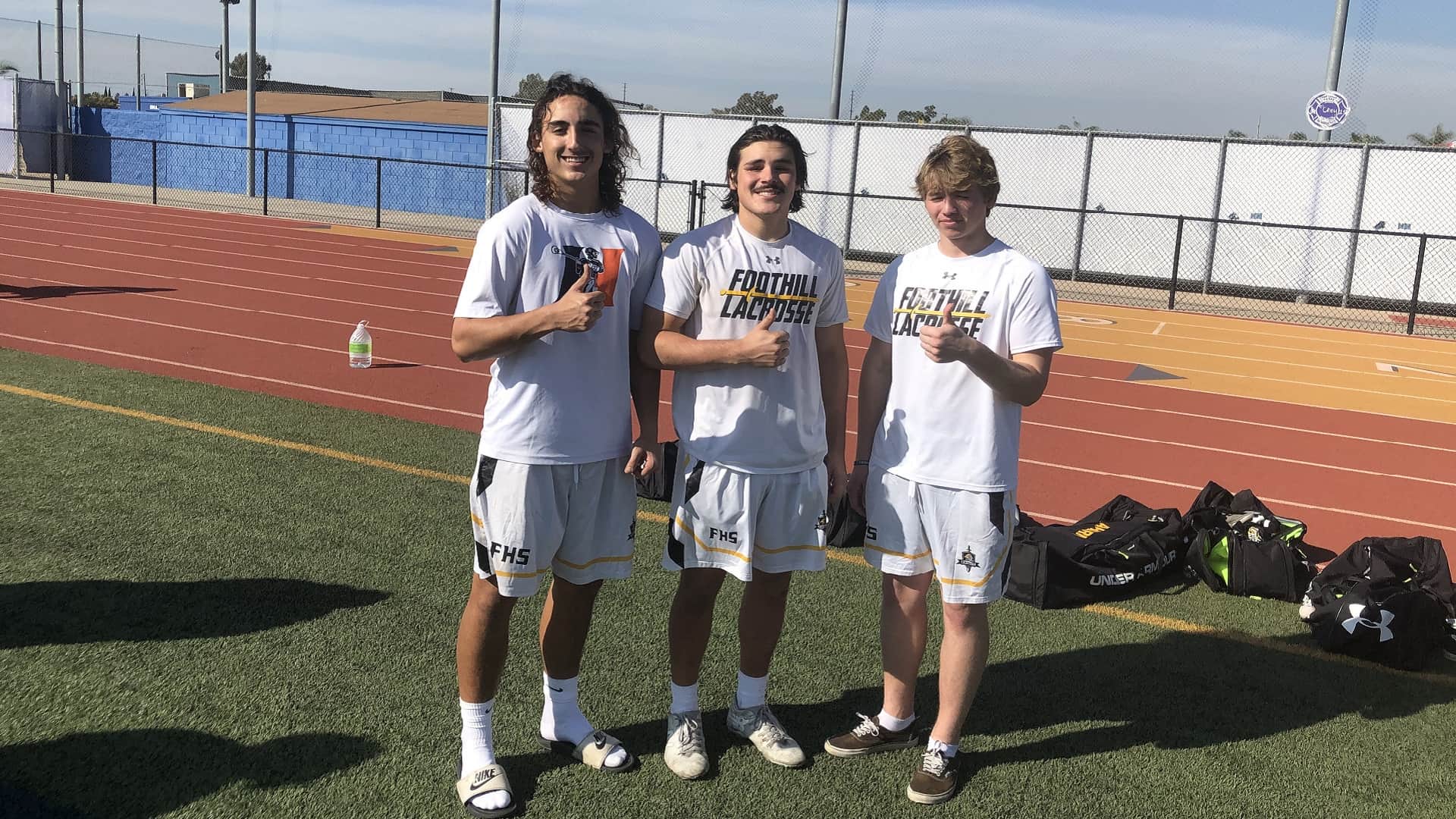 The Foothill boys lacrosse team set the tone in the first half with its strong defense and never looked back, winning in its season opener 15-3 over Santiago on Saturday at Los Alamitos High School.

From the opening faceoff, Foothill had no intentions of losing to the Sharks for the second straight year, as it opened a 5-0 lead after the first quarter. When leading 8-0 with less than two minutes in the second quarter, the Knights added two more goals, with one of them coming from a behind-the-back pass, to give them a 10-0 lead at halftime.

Santiago broke Foothill’s attempt at a shutout thanks to Bryan Parr‘s goal at the 5:02 mark of the third quarter. But the goal wasn’t enough, as the Knight’s domination of offensive possession and pressure defense proved too much for the Sharks.

“It was a good team effort. Everyone working hard and taking the looks when the right looks were there,” Fox said. “The goals we got were well-executed by a team, not just one guy doing it.”

Easton Jellerson, Charlie Tyson, Troy Hofer (pictured in the middle above) and Zach Brannon each scored once for Foothill, while Hofer added three assists, including the one on the behind-the-back pass in the second quarter. Goalie Joey Garcia was strong in the cage for the Knights with eight saves.

Fox also made note that faceoff specialist Henry Perkins also stood out for Foothill, which opened at No.3 in the CIF-SS Division 1 preseason poll. The Knights (1-0) have their first home game Wednesday against Los Alamitos at 7 p.m.

“We’re just really focused on getting better as a unit for us,” Fox said. “We still need to improve our stick work and groundball play. We need to improve the speed we’re playing at on offense and communicating better on the clears and rides.”

Parr, Aidan Koenig and George Grove each had one goal for the Sharks while Anthony Sedberry and Andrew Kuhl combined for 11 saves.

“Anthony stayed in the pipe and moved really well. He did a great job. They [Foothill] have a lot of really good shooters and I was impressed. His future’s bright,” Sharks coach Keith Parr said. “You just can’t give a team like that the ball back over and over and over again.”

Santiago (0-1) also returns to action on Wednesday at home against Servite at 7 p.m. According to Parr, the Sharks are playing a tough schedule this year, which includes teams such as St.Margaret’s (No.4 in Division 1), Agoura (No.6 in Division 1) and San Diego powerhouse La Costa Canyon.

“It’s always a good battle between us [Santiago and Servite]. We got to stop the unforced turnovers,” Parr said.