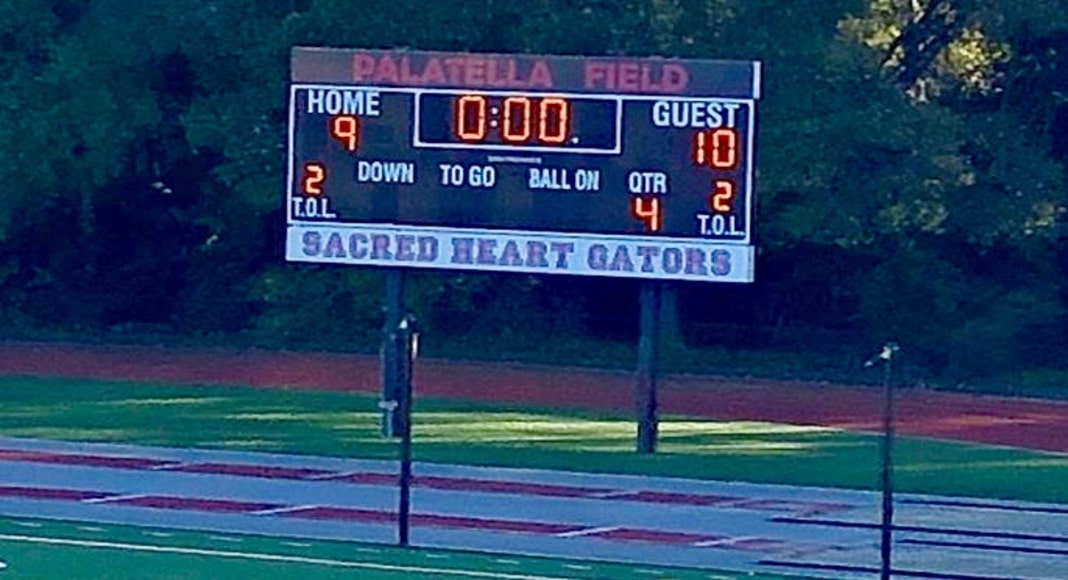 After arriving in the Bay Area only to learn that St. Ignatius had canceled their Wednesday game due to player conduct violations, the Foothill Knights scheduled a last-minute match with nearby Sacred Heart in Atherton. Although Sacred Heart does not have the national reputation that St. I does, Foothill may have actually traded up when they scheduled Sacred Heart. The Gators were 7-0 and ranked no. 1 in California by LaxPower going into the game.

Foothill seized control of the game early on thanks to two goals from Ellis Geis (4g, 4gb) and one from Wyatt Kayl. The Knights held a 3-1 lead at the end of the first and extended it to 7-3 by halftime.

Heading into the third, it seemed Foothill was going to run away with this one and kick off its NorCal road trip on the right foot. However, the Gators had other plans and just like their name implies, they bit back.

Slowly but surely, Sacred Heart clawed its way back into the thick of it to the make game interesting. The Gators had three players score a brace each to give the Knights a scare in the final stretch.

However, Sacred Heart’s efforts proved not enough as Foothill did a good job of holding the fort on its way to a narrow 10-9 victory. Goalie Ethan Sepulveda did well to keep the Gators at bay by coming up with 10 saves on the afternoon. Foothill attackman Josh Fox also got in on the action with two goals of his own.

Foothill will continue its road trip up north with a fixture against San Ramon Valley (8-2) before returning to Orange Country for an away game against San Clemente (5-0).