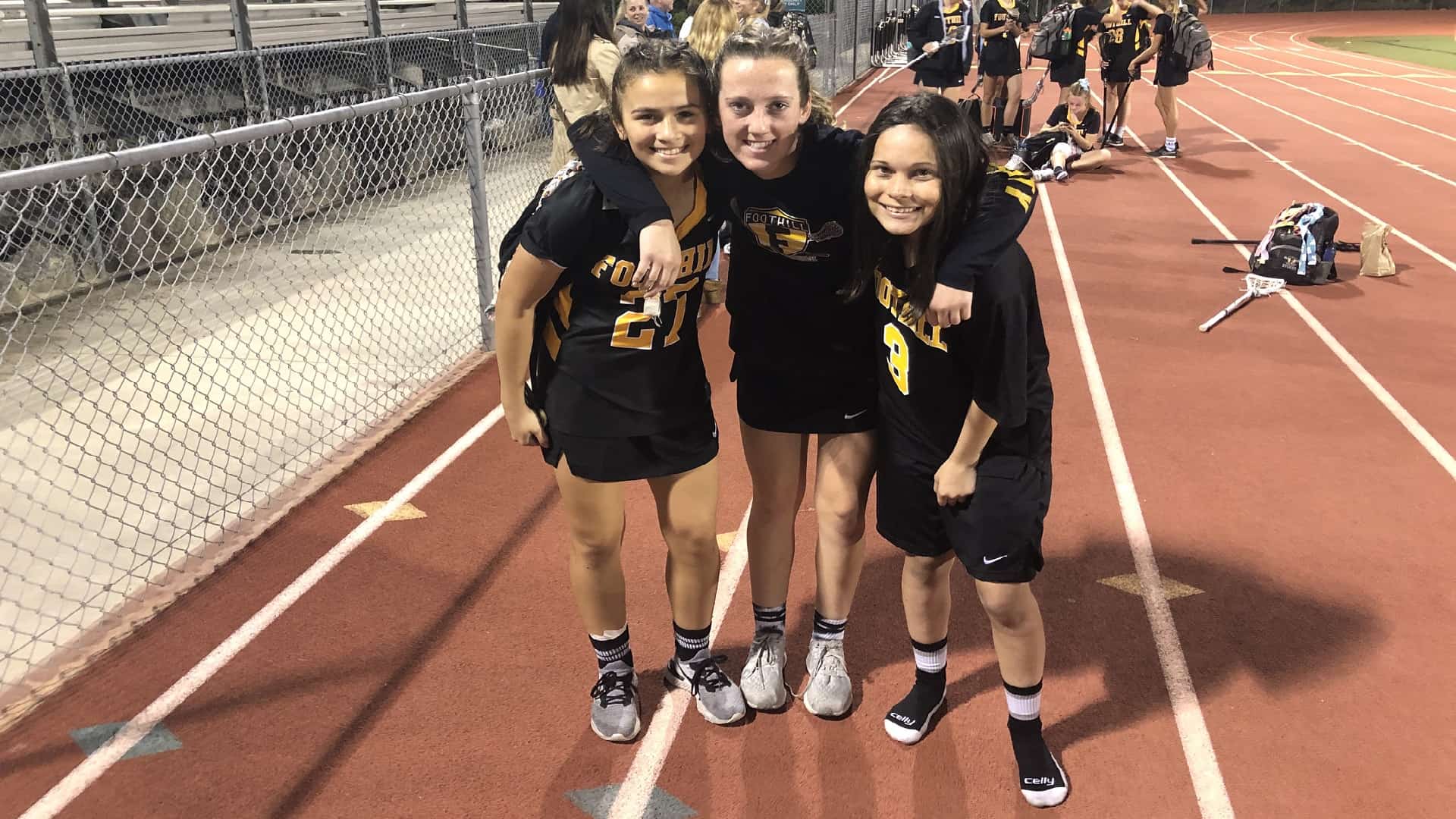 In a battle between the No.1 and No.2 team of the CIF-SS Division 1 girls lacrosse polls, top-ranked Foothill beat second-ranked Aliso Niguel 18-8 on Thursday at Aliso Niguel High School.

“I think for us it was just finding our groove, being patient and making sure we executed our plays and the draw was another big thing for us as well,” Knights coach Cristina Johnson said.

After Ashley You got the Wolverines on the board first with a put-back goal, Torres and Stokes responded for Foothill giving them its first lead at 2-1 at the 20:57 mark, forcing an Aliso Niguel time out.

Despite a slow first half, Stokes caught fire at the start of the second half, scoring the first three goals and giving the Knights an 11-4 lead. The lead continued to grow as Puma’s second goal of the game made it 12-4 after five minutes had passed from the second half.

Wedlock responded with three consecutive goals for the Wolverines, which cut the lead down to 12-7 at the 8:49 mark.

“She’s a beast. I love playing against her, love her fight, love her stick skills, love everything that she’s doing out there on the field. I was nervous there for a second, she was getting them [Aliso Niguel] to rally. She brings a lot of that energy that we love to play against,” Johnson said of Wedlock.

Sydney Gonzales added on another goal to give Aliso Niguel more hope and  trim the Foothill lead down to 12-8 at the 6:30 mark.  But Chavez and the Foothill defense put the Do Not Enter sign on the cage and held the Wolverines scoreless the rest of the way.

“I think that’s going to be a game that we’ll see again in the future and I think we’re going to be in a better spot. I was proud of the girls tonight, I don’t think the final score reflects the game,” Wolverines coach Dave Elkins said.

Wedlock led Aliso Niguel with six goals while Gonzales and You each had one goal. Olivia Kilroy made 13 saves for the Wolverines.