Foothill Pulls Away From Newport Harbor in Second Half 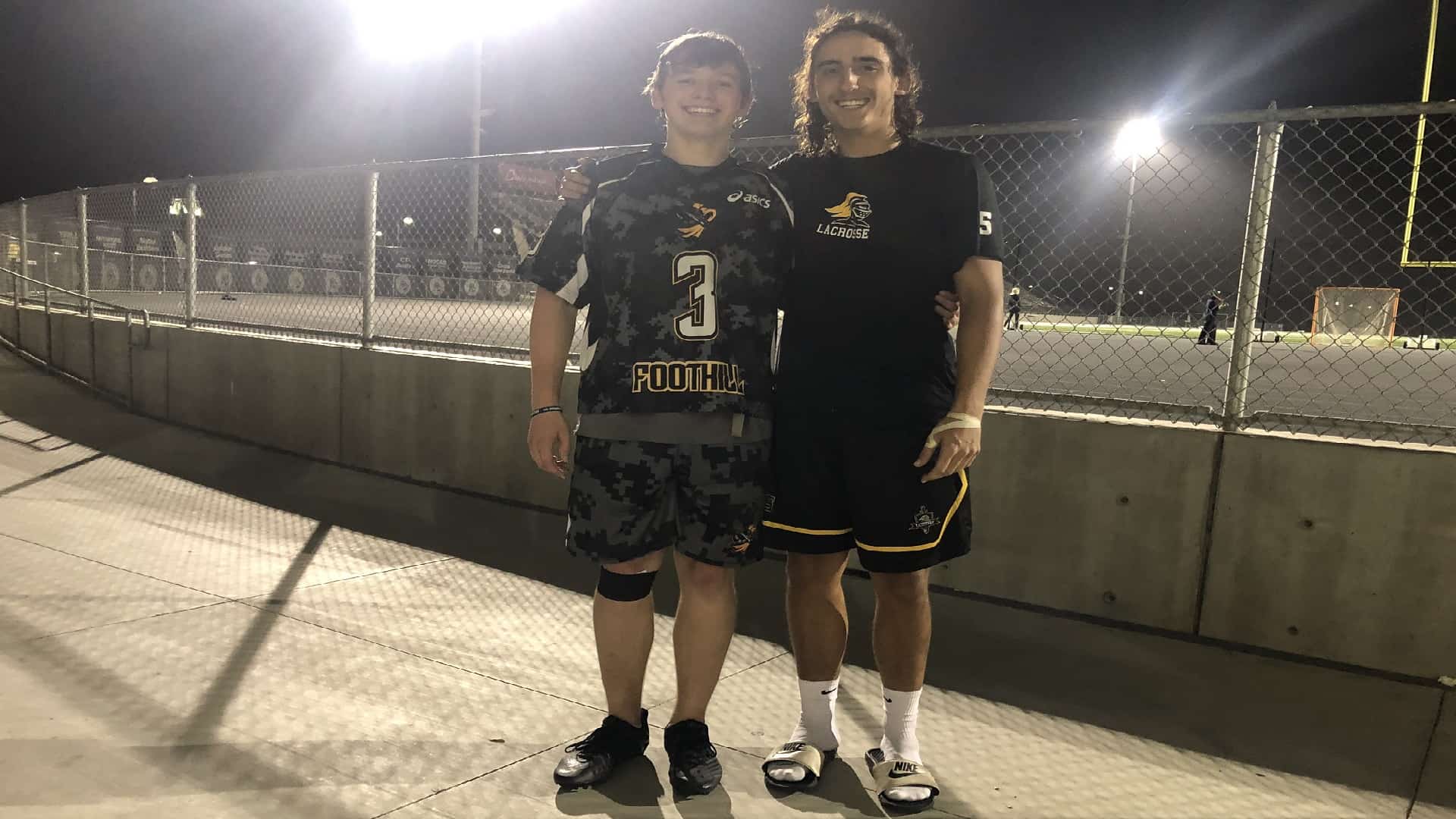 Easton Babb (pictured right) added three goals Kenny Seiler found the back of the net twice, and Troy Hofer and Kevin Forester added singletons to round out the Foothill scoring.

Goals were hard to come by in the early going as the two opponents felt one another out.  Foothill finally scored the first goal of the game a little past the halfway point before Newport Harbor knotted the game at 1-1 with a goal from Luke Barnes. The Sailors took a 2-1 lead, which held up until the end of the first quarter, when Aidan Goltz scored at the 1:51 mark .

“They’re [Newport Harbor] well-coached. Excellent team and they’re putting some pressure on us and our guys weren’t being patient enough and their goalie made some incredible saves too,” Knights coach Jon Fox said.

Rhett Farmer broke the Sailors’ small dry spell at the 7:53 mark, cutting the Foothill lead down to 5-4, but the Sailors would never get any closer than that. The Sailors had their opportunities but thanks tot the  great goalie play of Joey Garcia, were unable to capitilize.  Garcia five of his eight saves and allowed only two goals in the second half.

“He did a great job, we expect great things from him and he stood up to the challenge and made some great saves on some tough shots,” Fox said.

Only leading 7-4 after the third quarter, the Knights added  three unanswered insurance goals to  start the final frame, giving them a 10-4 lead near the halfway point of the final quarter. Farmer broke another one of Newport Harbor’s dry spells with a goal at the 5:36 mark, but the Sailors were blanked the rest of the way, as Foothill’s defense and Henry Perkins 74% success rate at the faceoff circle (74% win percentage) were too much for the Sailors to overcome.

“I think their sticks were a bit better tonight and their shooting was better tonight. They were making their shots when we were not and we need to shoot with more discipline,” Sailors coach Mark Todd said.

Farmer led the Sailors with two goals while Garrett Rovazzini made 16 saves. Rovazzini earned praise from Todd and Fox on his stellar gameplay in the cage.