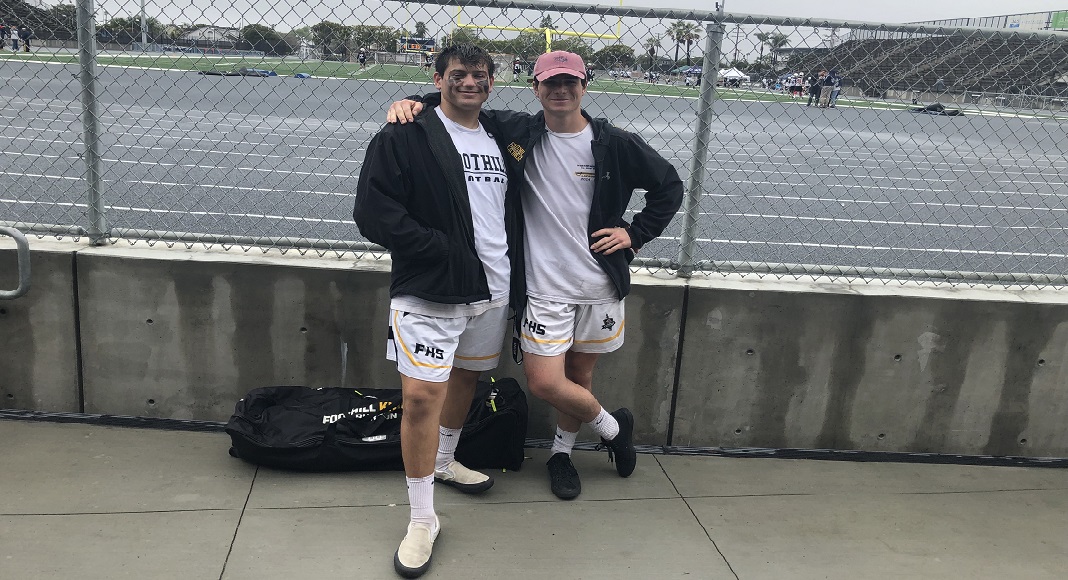 The Foothill boys lacrosse team shook off a bad first quarter and beat Oak Park 9-6 on Saturday at Newport Harbor High School in the OC Invitational.

“The team showed a lot of heart. They started catching and throwing a little better,” Knights coach Jon Fox said.

Foothill started the game off trailing 3-0 after the first quarter and watched the deficit grew to 4-0 early in the second quarter. But the Knights rattled off six straight goals to take a 6-4 halftime lead.

The Eagles evened the score at 6-6 in the third quarter, but was unable to keep up with the Knights the rest of the way.

The Knights took the lead for good, scoring on two man-up goals in the third quarter. The Knights added another goal in the fourth quarter while holding the Eagles scoreless, eventually getting the win.

“We’re really excited to have Destry back in the lineup. He was out last year for injury. Each game he seems to be getting a little bit stronger and getting used to playing again,” Fox said.

For the Eagles, Tyler Bradbury led all scorers with four goals while Max Manyak added two. Connor Kaminsky made 12 saves for the Eagles.

Both teams return to the field on Tuesday. The Knights (2-1) play at Santiago while the Eagles (1-2) play Chaminade at home.