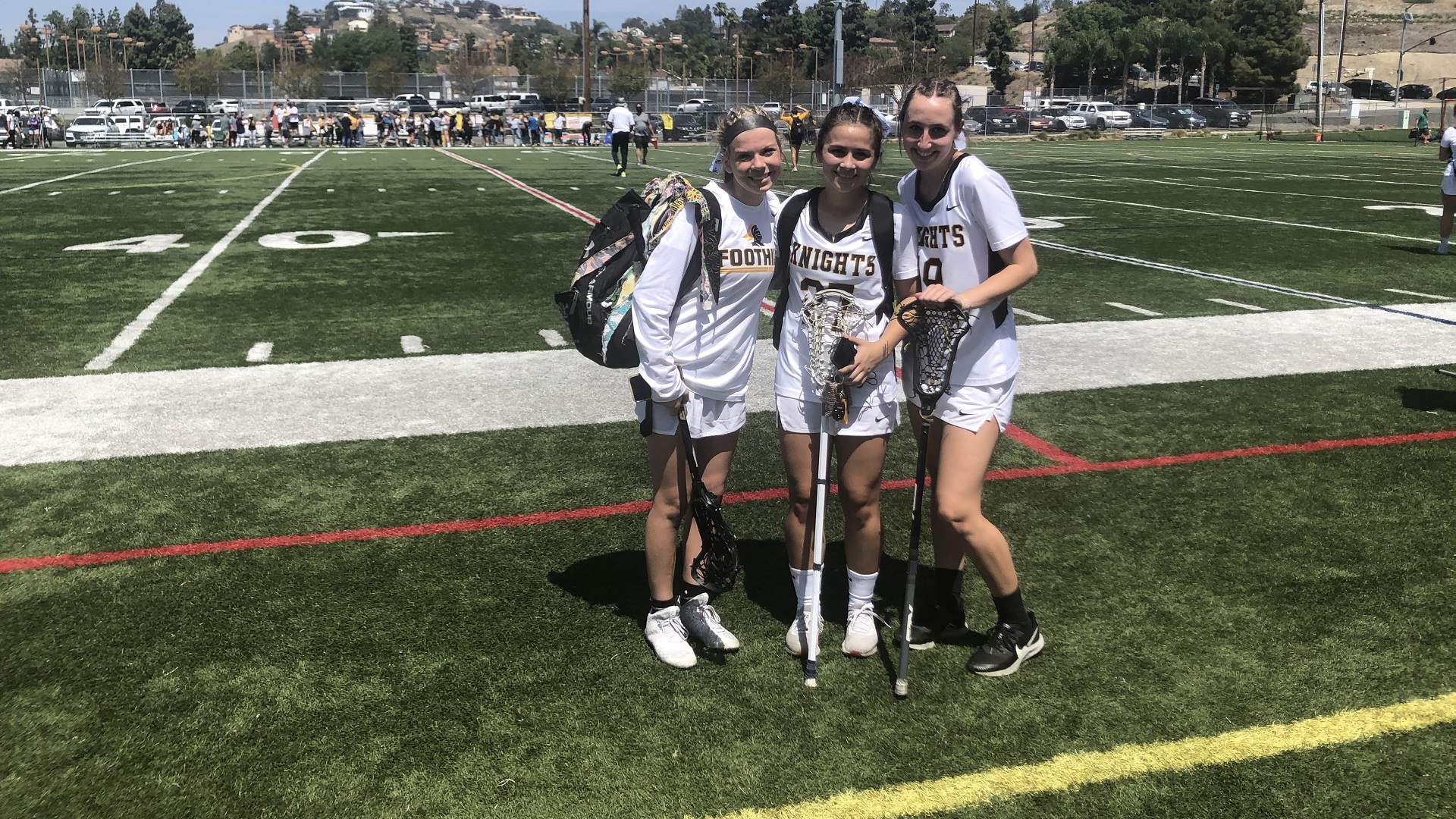 The Foothill girls lacrosse team concluded its first week of its season with a 16-5 win over Santa Margarita on Saturday at Foothill High School.

“It’s great to have seven people out there that are all threats and we have some kids that are stepping up to be more of those goal scorers, but we also have those kids that are ready to feed and know the movement off ball and they just mesh really well together and that’s a testament to us playing together for so long,” Foothill coach Cristina (Johnson) Rodriguez said.

After the Eagles got the early jump by scoring the first goal, they were unable to find pay dirt the rest of the half due to Foothill dominating possession through the draw controls. Santa Margarita as a team also accumulated three yellow cards fairly early in the first half and couldn’t afford picking up another, leaving them down a player for the rest of the game.

The Knights wound up holding the Eagles scoreless for the final 21:50 of the first half and added eight straight goals to lead 8-1 at halftime. Even when Santa Margarita made the most of its offensive opportunities and scored in the second half, Foothill was there to go on a scoring run and eventually put the game out of reach.

Mikayla Yang made three saves for the Knights, as she and Kat Chavez split time in the goal.

“I think for us it’s just staying hungry, not getting complacent at all and continuing to push ourselves. We’ve set the bar high for ourselves with these two games [St. Margaret’s Thursday, Santa Margarita Saturday], but we need to keep climbing from here, keep getting better and not look back,” Rodriguez said.

“I think possession was a big game for us, we needed to hold possession more often than we did, the draw control didn’t go our way all the time and they [Foothill] are a very very competitive team,” Eagles coach Katie McHugh said.

Both teams return to action on Thursday. Foothill (2-0) is at home against JSerra at 3:30 p.m. while the Eagles travel to Anaheim to face Canyon at 5:15 p.m.