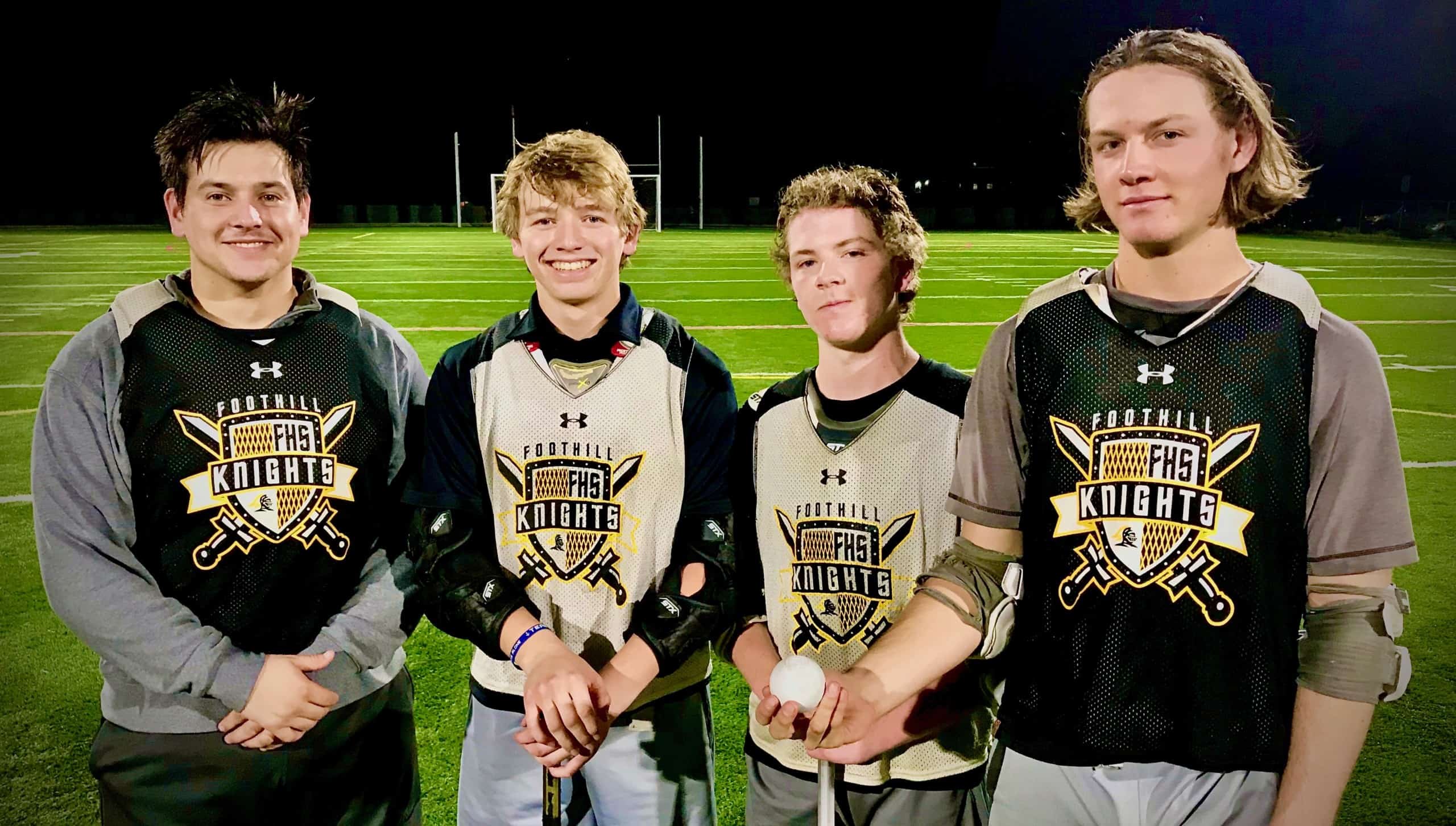 “These four leaders represent a great combination of knowledge of the game, passion for the program, and support for their teammates,” said coach Jon Fox.  They have earned the respect and vote from their teammates from leading by example and excelling at the grind. This captain group is being trained and supported by Glen Miles’ Team captain leadership program.

I’m confident that they will help lead this team in the right direction and stay true to our core values, continuing to build and place their mark on the knights’ culture for years to come.  They all do a really great job of involving their teammates in the decisions and have a good pulse on the core of the guys.”

Cumming, a four-year varsity attackman and returning captain, has been playing lacrosse for ten years and is a key component in Foothills offense.  Andrew started playing with Tustin Tigers in 4th grade and was meant for lacrosse. In 2018 he was the Knight’s leading goal scorer with 105 points (64 goals, 41 assists), Foothill Attackman of the Year, and First Team All County.  In spite of an injury that kept him off the field for a large part of the season last year, Andrew still racked up 57 points and finished as an All American and 1st Team All-County. Andrew was also selected as an Under Armour Underclassman All-American in 2017.

Forester, a senior midfielder, has been playing for eight years years and is known for his midfield versatility and toughness, is often seen sparking a fast break for the team.  Kevin received the Foothill Coaches’ Award in 2018 and was named Honorable Mention in the All-County teams selection in 2019.

Pearson, a versatile close defenseman that can run all day  is known most for being an avid outdoorsmen. His spontaneous celebratory jig after scoring his first goal is now expected. The Jig was performed several times last season. Pearson has been a constant force for Foothill’s D.  With seven years of lacrosse under his belt, Luke is a reliable component on Foothill’s defense and was selected Third Team All County in 2019.

Garcia, a junior goalie, took his football skills to the lacrosse field six years ago and has been a wall in the cage for the Knights since entering the program.  Joey brings a big energy force and adds an integral component to an already strong Foothill Defense. But he hasn’t just impressed high school lax fans; his quick hands and positive energy caught the eye of Utah head coach, Brian Holman, and Joey has committed to play D1 lacrosse for the Utes after graduation in 2021.

All four senior captains have championship experience from Foothill’s 2017 OC championship, and all four look forward to the chance to bring the ’ship back to Foothill this year.  The entire Knights program is looking forward to watching these leaders help the coaching staff carry out the goals set in the preseason. Go Knights!