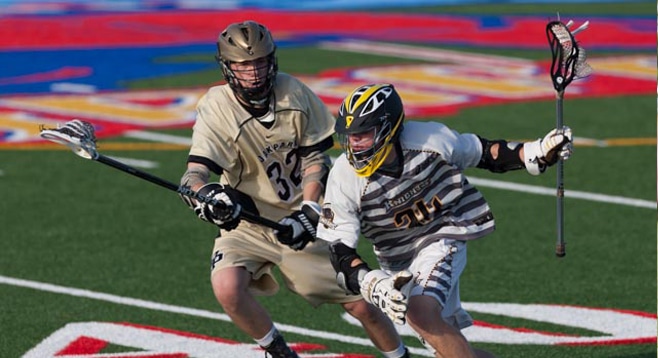 The #2 ranked Foothill Knights beat Oak Park 14-5 to start the season 2-0 Wednesday night.  Goalkeeper Ryan Blank, who is back from a collar bone injury,  blanked the Oak Park Eagles in the first half. Foothill gained control of the game early and were ahead 8-0 in the first half and continued to hold a comfortable lead throughout the game. Foothill’s defense continued to show improvement with strong play from senior captain Owen Geiss and juniors Matt Marano, Spenser Davis and Danny Carter..

Oak Park junior Patrick Lasure had two goals and Hunter Jamison, Tyler Chandler and Owen Consletti each scored a goal for the Eagles.

Foothill faces #9 Tesoro Saturday morning at 9:30 a.m. at the Great Park in Irvine. With Tesoro posting wins in its first two games, the game promises to be one worth watching.