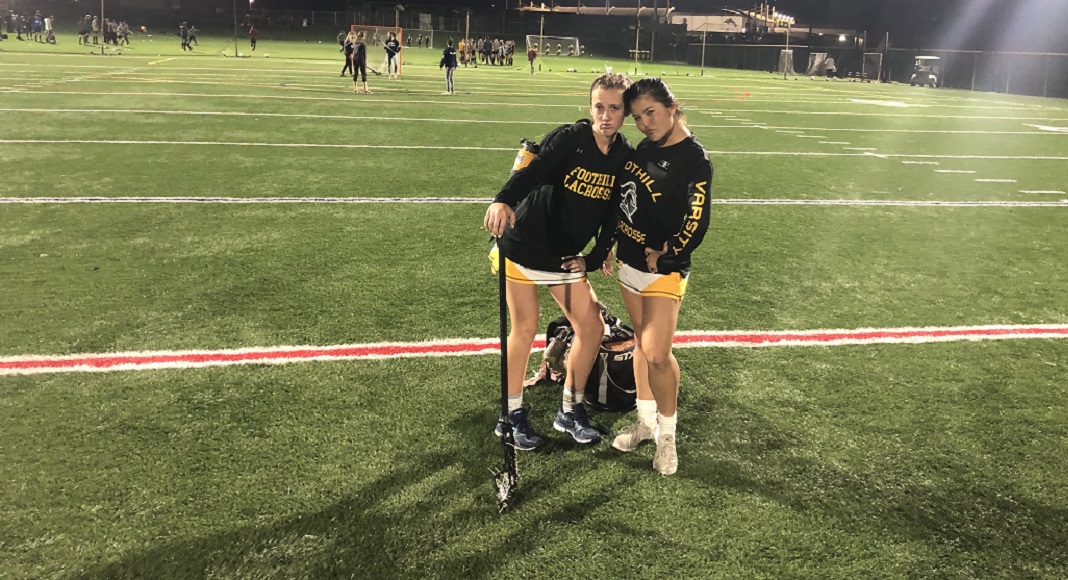 The Foothill girls lacrosse team didn’t disappoint in the coaching debut of new head coach Cristina Johnson, as the Knights beat Trabuco Hills 21-10 on Thursday at Foothill High School.  The Knights were led by Brooke Williams and Ashley Stokes, who each had six goals.

Foothill was in control from the opening draw.  The Knights opened up by a 9-4 lead by halftime and were never really threatened.  Although the Mustangs scored two straight goals to open the second half, Foothill responded quickly and that was as close as the Mustangs got.

“Our offense is on fire right now. We had a lot of kids that hid last year and in our preseason, we worked with them a lot to give them the confidence that they need for everyone to be a threat on our attack and they’re making that happen,” Johnson said.

After barely missing out on making the county finals, Johnson and the Knights are determined to make a deep playoff run this year. Aiding Johnson this season as an assistant coach is Lauren Ciccomascolo, who was a coach for the OC National team.

“I think that today’s game was a great baseline,” Ciccomascolo said. “This group works harder than any other group I’ve really met at the high school level.”

For the Mustangs, Hennessey Evans led the way with five goals while Morgan Yee and Ieneke Jimenez each added two. Kiana Callahan also scored once for the Mustangs, who got six saves from Emma Stone.

After making it to the semifinals last year, Trabuco Hills looks to make a return trip and possibly a trip to the county or Southern Section finals this year. The Mustangs, who opened their season with a 17-9 home win over Los Alamitos on Tuesday, also look to repeat as South Coast League champions for a third straight year, as they will have to contend with teams such as No.6 San Clemente, No.7 Aliso Niguel and No. 9 San Juan Hills.

Up next for the Knights (1-0) is a home game on Saturday against Agoura. The Mustangs (1-1) play at Corona Del Mar on Tuesday.