Foothill Gets By San Clemente, Improves to 4-0 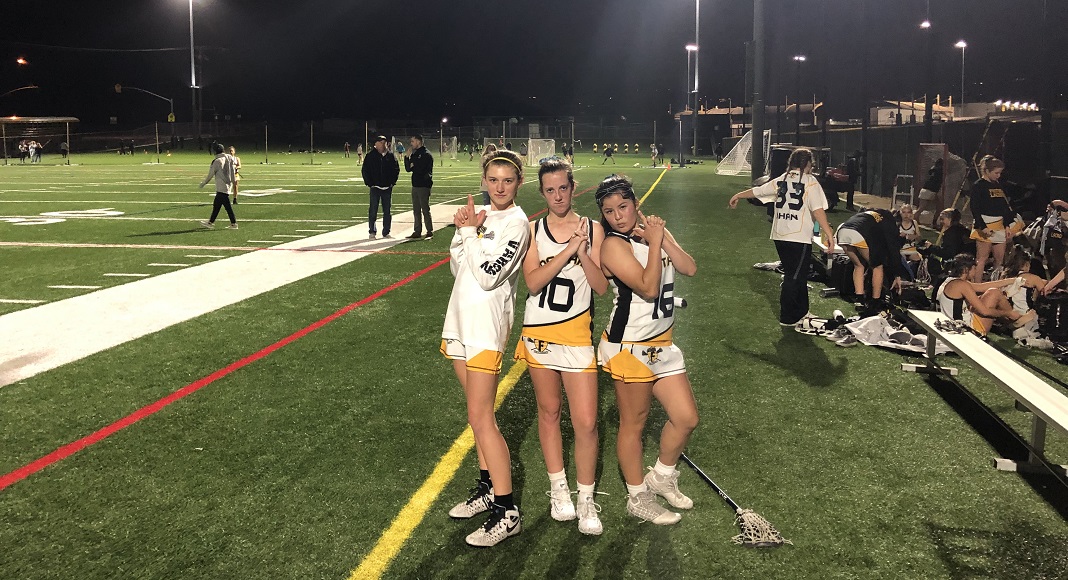 The Foothill girls lacrosse team remained undefeated in the early season, as the Knights beat San Clemente 11-7 on Thursday at Foothill High School.  The Knights who had won all of their previous three games by double digits, fought off their first serious challenge of the 2019 season.

The Tritons showed early signs of repeating last year’s upset over Foothill when they jumped out to a 3-1 lead. However, the veteran Knights did not get rattled and turned things around to carry a 7-4 lead into the intermission.

“We had had a hard time finding our groove tonight. This was our first real test. We obviously prepared for this, but I think we still came out a little shell shocked with how aggressive they were,” Knights coach Cristina Johnson said.

The Knights’ lead grew 9-4 after halftime when Ashley Stokes netted a pair of goals to create some breathing room for Foothill. San Clemente continued to fight but could never get any closer than three goals.

For the Tritons, Paige Campbell and Stolie Erickson led the way with two goals apiece. Makena Coury, Garrity Grise and Tess Jonas each chipped in one goal while Kennedy Kingsmill and Brookelynn Hodgin made 6 and five saves.

Johnson praised the Tritons on their overall effort and how they were able to capitalize on the Knights’ mistakes.

“I think coming into today it was a big learning experience. We have a whole new cast on offense, but it was just inexperience,” Tritons coach Josh Cain said.