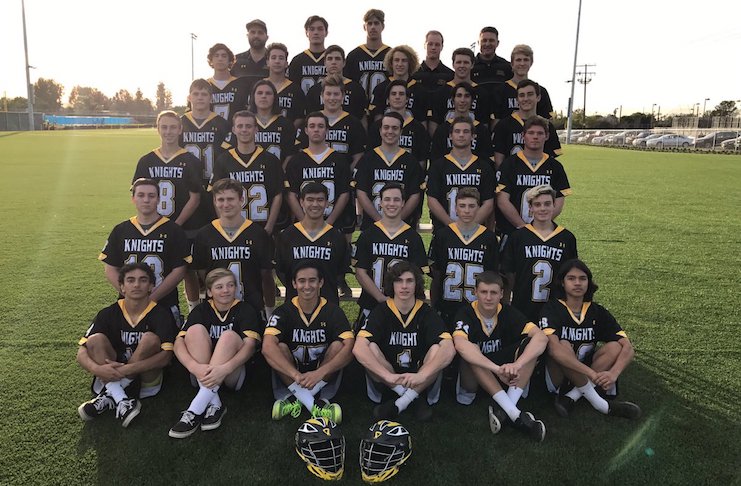 No. 2 Foothill dominated no. 3 St. Margaret’s on Wednesday night in an OC Invitational battle between two of the top teams in Orange County. Foothill used pressure defense to cause multiple turnovers throughout the game. George Dalis and company caused 17 turnovers in all.

For the second game in two outings, Foothill won the ground ball battle handily. This time it was by a 28-12 margin. It addition the Knights’ sticks were very sharp for an early season game. Some of their younger question marks are starting to look legit only two games in.

Aggressive defense and crisp ball movement on offense by the Knights kept the Tartans at bay for the remainder of the game. Sharp stick checks and knocked down passes were the order of the day on the Foothill defensive end.

St. Margaret’s goalie Zane Handy was outstanding between the pipes. He simply stood on his head early in the fourth to keep it as close as it was. He had three saves in a row from three yards out on the same possession. 14 saves in all on the night. Foothill’s Austin Mann was not to be outdone.  Mann had 9 saves and was looking at a shutout until Kevin Groeninger ended the St. Margaret’s scoring drought that goal came with 1:23 left in the game. He made some big saves on the night. Mann was tracking the ball very well to say the least.

Devin Arkison was a three-time All-American at Hobart.  He owns operates Lockdown D where he offers private and small-group lacrosse-defense training.  Visit LockdownD.com to sign up for a session today.