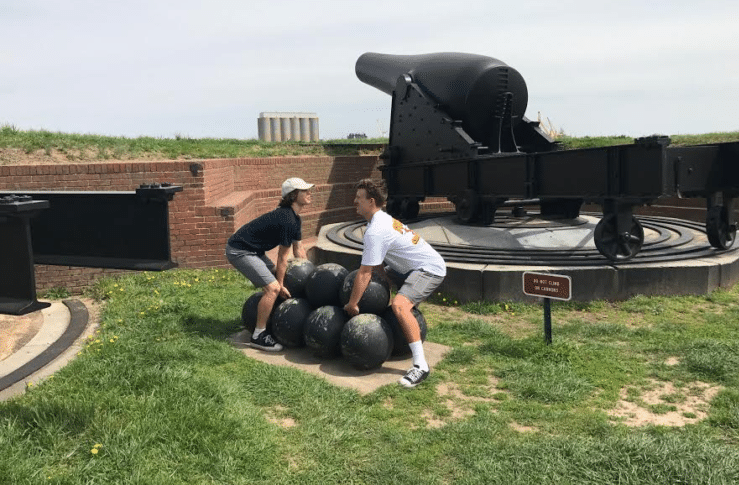 While many OC teens hit the beach or the slopes over spring break, Foothill Lacrosse took their game east where they were hosted by Baltimore area schools including Archbishop Curley, Calvert Hall, and St. Peter and Paul’s High Schools.

After one full travel day, the Knights hit the ground running with practice at the Under Armour practice facilities in the harbor. Then, as one of the 32 Under Armour Undeniable teams, they were treated to a VIP tour of UA’s massive headquarters including their state of the art workout facility, new product development department, and lunch in their teammate commissary. 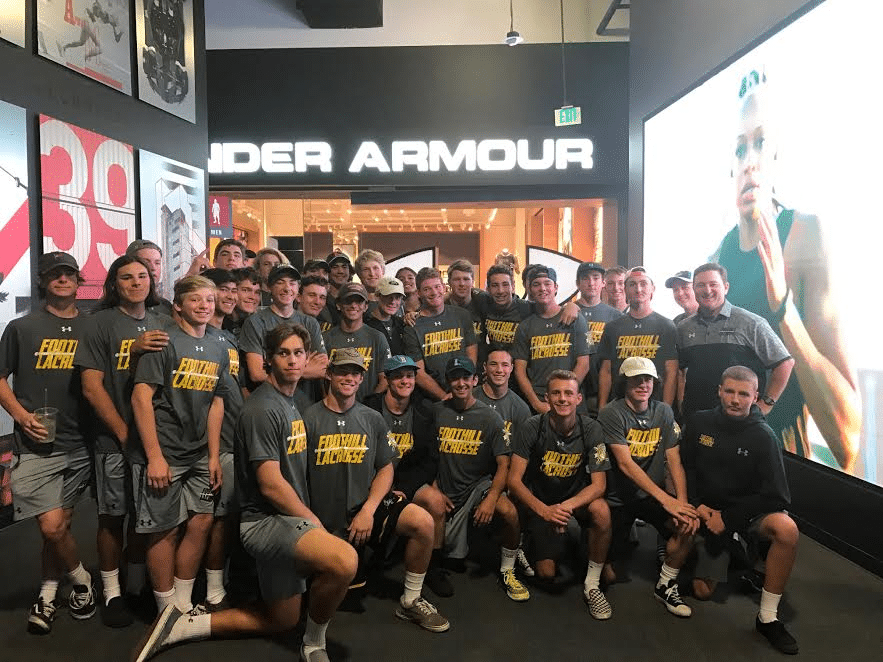 The next day nationally ranked (13th) Calvert Hall welcomed Foothill for a game that would prove to be tough yet educational.  The Knights hung tight early making good use of their possession time (the score was 3-1 at the end of the first quarter) before the Hall broke it open in the second period. Mann had 14 saves on the day vs some serious offensive firepower. Dalis lead the team with five groundballs, one caused turnover.  Rach (2 gb, 2 CTO) also stood out on defense.  The FHS offense leaders were Josh Fox (2g, 1a), and Geis (2g, 1a) and Cole Falbo (1g). 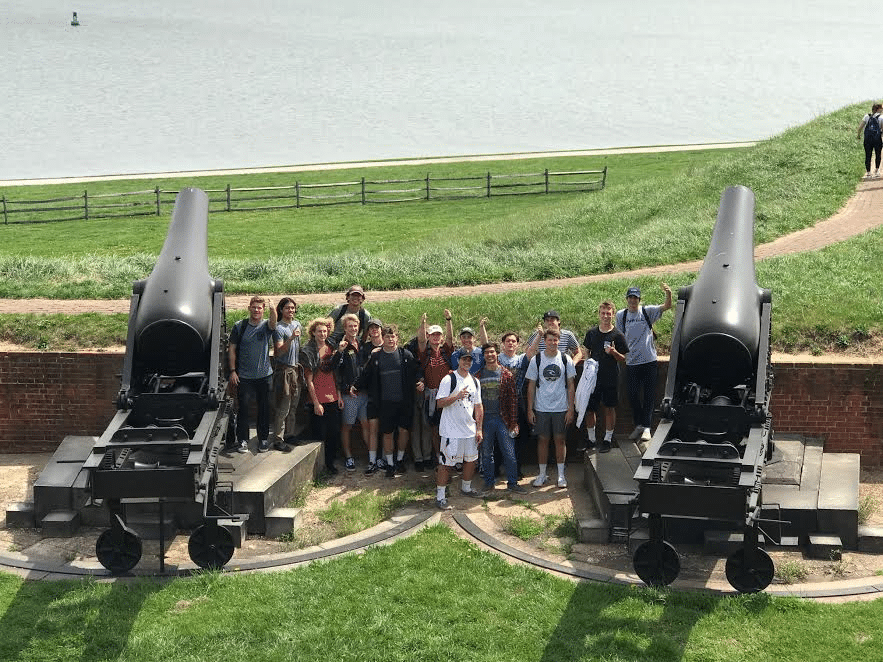 After a day off exploring Fort McHenry and the Baltimore Harbor by boat, the Knights traveled south to St. Peter and Paul’s High School. An early strike from Ryan Foy set the tone for the 3-1 first quarter but SPP pushed back and held the lead until the Knights tied it at 5-5 just before the half. The Knights defense got dialed in for the third quarter, holding SPP scoreless while the Knights surged to a 9-5 lead at the 3rd period. 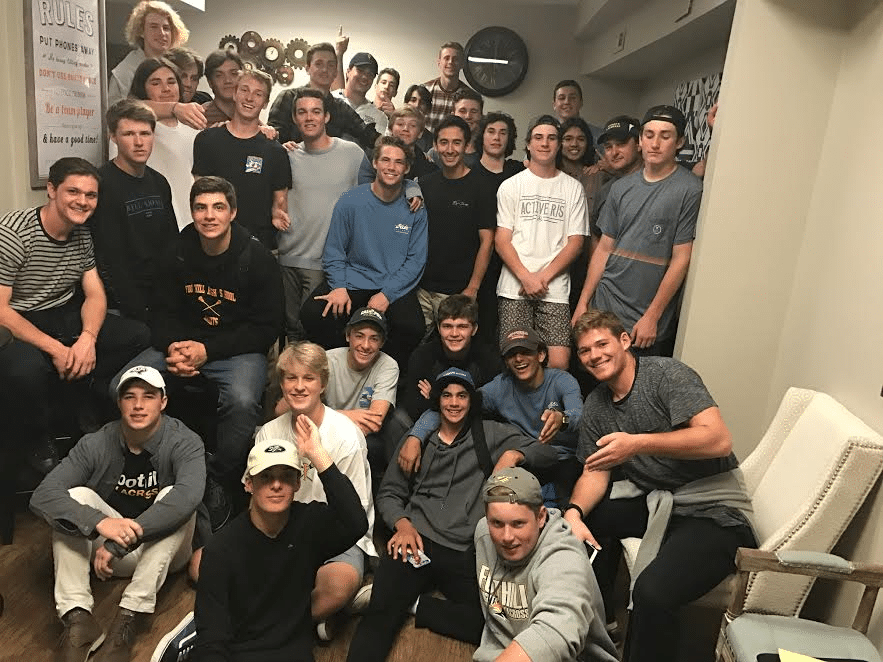 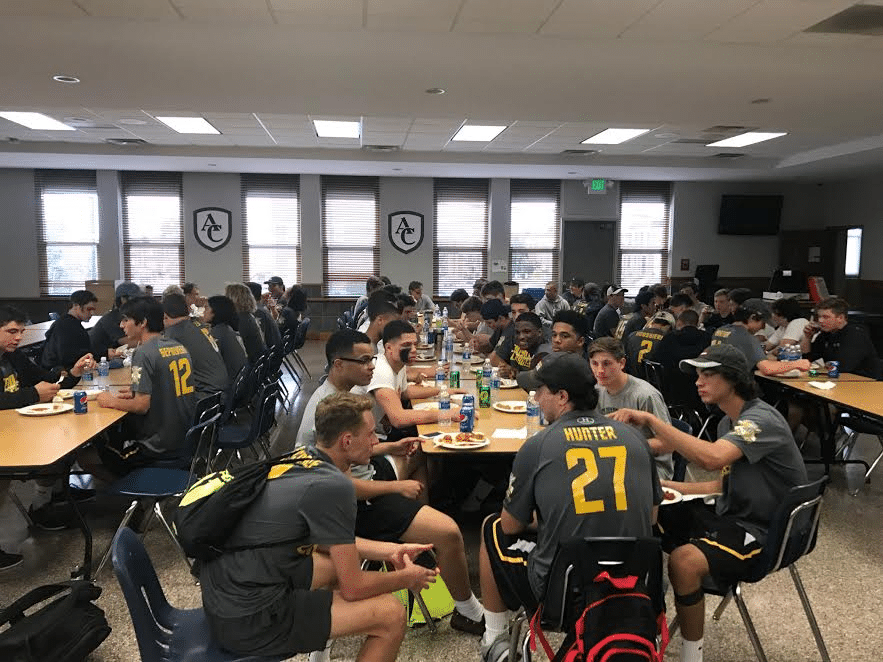 While players welcomed the beautiful east coast weather and challenging play, the hospitality shown by each team through joint  team meals and conversations made memories these boys will remember for years to come.  We were proud to represent Orange County and help push the awareness of the growth of the game in the West.
Contributed by Foothill Boys Lacrosse