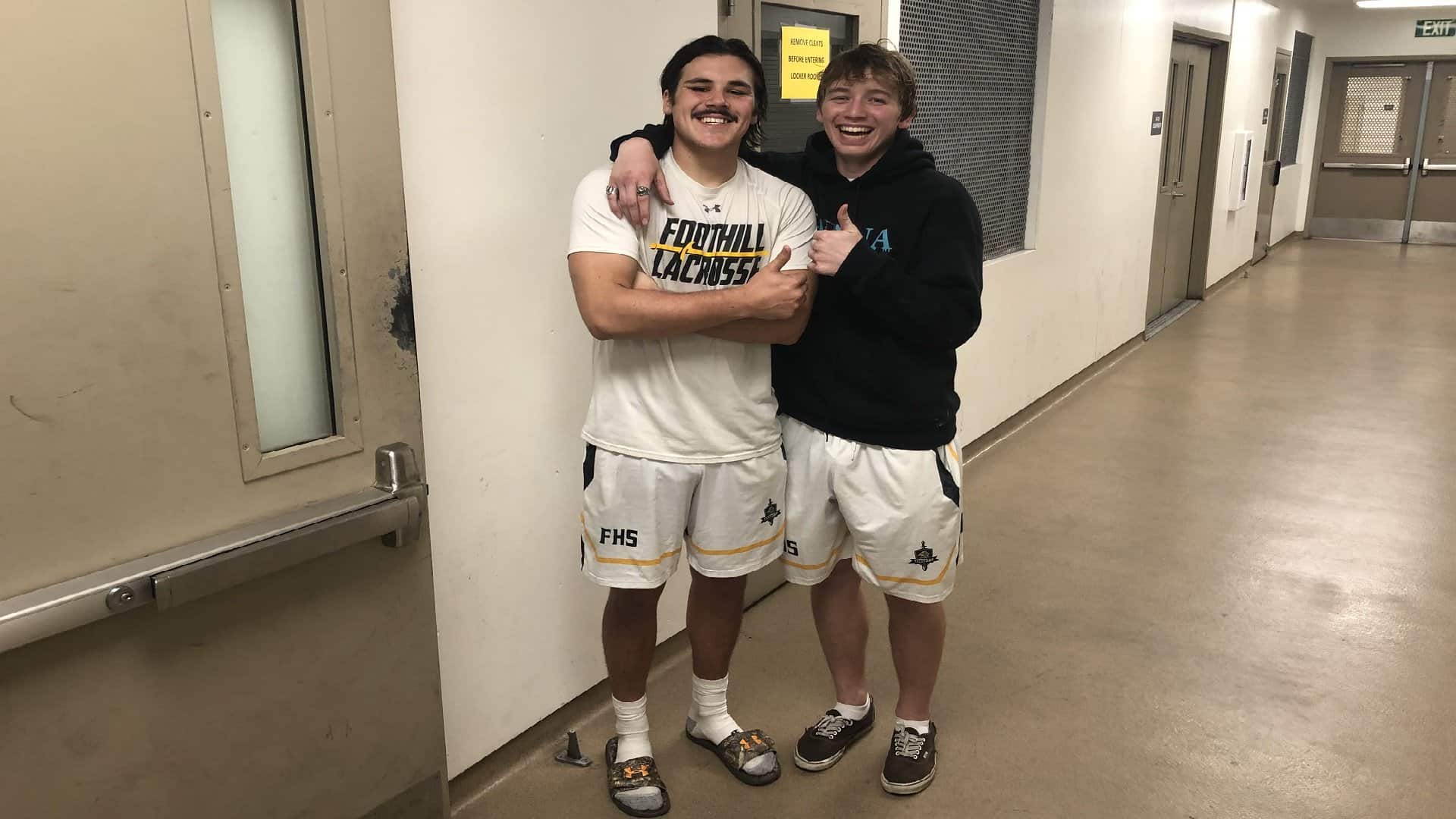 “It was a well-played game on both sides, both teams going hard. I think a little bit of play between the boxes, we got some double teams and [forced] turnovers,” Knights coach Jon Fox said.

Despite never trailing, Foothill had to fight tooth and nail with Los Alamitos. After an early 1-1 tie,  Jason Woods and David Schoolmeester scored back to back goals to give Foothill a 3-1 Q1 lead that the Knight would never relinquish.

Los Alamitos wasted no time getting on the board in the second half, as Matthew Caresi took advantage of an extra man opportunity four seconds into the third quarter to make it 8-5.

Unfortunately for the Griffins, Caresi’s goal was not a harbinger of things to come.  Instead, the Knights put the game out of reach by tacking on unanswered eight goals to build a 16-5 lead at the end of the third quarter.

“It was just a big momentum switch right there. We just moved the ball and finished the shot when we needed to,” Hofer said.

Easton Babb and Griswold each had two goals for Foothill, which also got one goal apiece from Charlie Tyson, Chad Dupre, Woods and Schoolmeester. Easton Jellerson also scooped up 11 groundballs for the Knights.  Joey Garcia and Drew Tyson both saw action in goal and recorded three saves apiece.

Nico Kozachenko and Shean each had two goals for Los Alamitos while Ryder Buell, Dominic Tsarofski, Dentzer and Caresi scored one goal apiece. James Hightower made 10 saves for the Griffins.

“Los Al’s a great program, great tradition, great athletes. We love to go to battle with them. I expect to see them deep in the playoffs,” Fox said.

Both teams return to action on Saturday. The Knights play No.2 Loyola at Tustin High at 7 p.m. while the Griffins (1-1) play Santiago at home at 2 p.m.