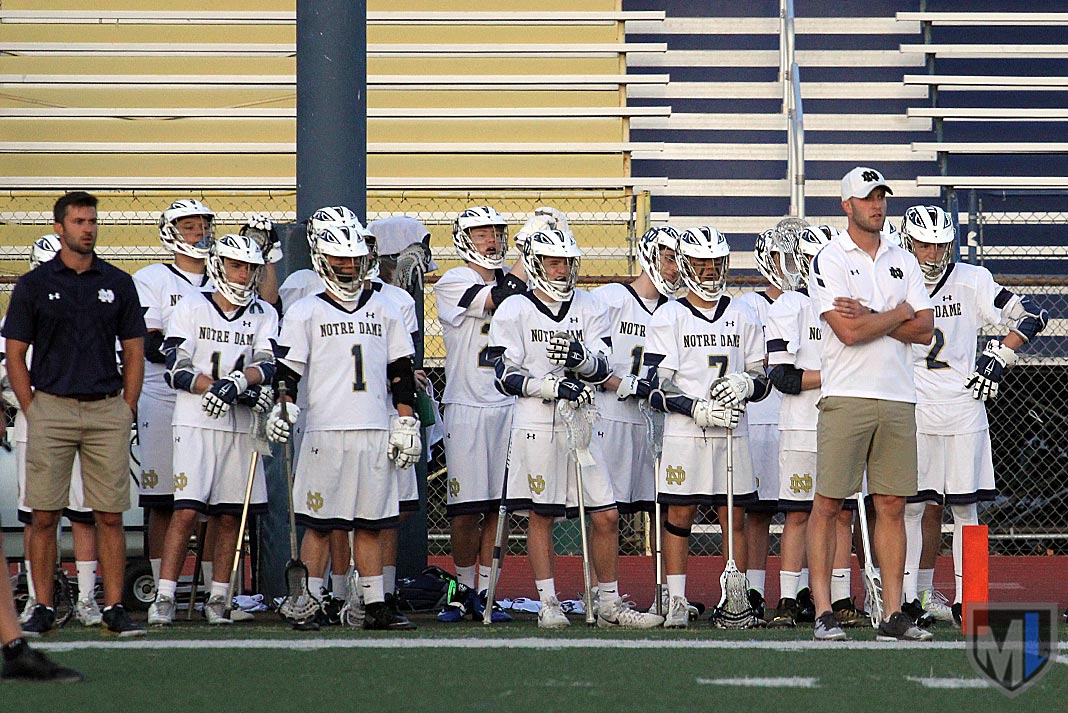 It has been less than a year since Notre Dame of Sherman Oaks decided to field a lacrosse team and only about eight months since Ian Mills was hired as the program’s first head coach. After a successful debut season as a JV squad, Mills said the program is looking forward to fielding both varsity and JV teams in the spring.

Here are five things to know about the Knights, as provided by Coach Mills:

As they transition to the varsity level in 2017, the Knights have had a busy offseason participating in tournaments and various training programs in addition to their strength and conditioning program. With an exciting group of 2020s [incoming freshmen] and a handful of transfers, NDHS readys both junior varsity and varsity teams for their Mission League competition.

Key Player
Henry Beglinger (2017) is a two-time team captain who led the Knights in points (29) in 2016. Listed as a LSM and defender, Henry was all over the field being used on man-down, man-up, face-offs all while being extremely effective in clearing and transition opportunities. A natural leader with a competitive spirit, look for Beglinger to continue to be a huge contributor for the Knights in 2017.

Other Notable Returners and Captains
Last season, two of our captains and key contributors — Jack Bunt (goalie, 2017)) and Dom Congote (attack, 2017) excelled despite no experience before the 2016 season. Congote, who was second on the team in goals (16), is a natural shooter with a knack for getting open and scoring both inside and from distance. Bunt, a former baseball catcher, starter all 10 games in goal for the Knights. Tough and athletic, Bunt played above his experience, holding 6 of 10 opponents to less than nine goals. The Knights were 4-1-1 in those games.

2017 Spring Schedule
NDHS is looking to develop strong, competitive relationships with various programs in the greater Los Angeles area. In addition to the traditional opponents of the Mission League, the Knights are excited to be kicking off their 2017 season at Mater Dei High School. Other nonleague competition includes (but is not limited to): Sierra Canyon, Culver City, El Segundo, Calabasas, Glendale, Palisades and Santa Monica.

Operation Gratitude
Before the 2017 season, the NDHS Knights will be spending time with Operation Gratitude, a Los Angeles based non-profit. Operation Gratitude’s mission is to assist the needs of the First Responders, Active Duty and Veteran communities. In the last 13 years, Operation Gratitude has shipped more than 1.6 million care packages to these groups. These packages contain food, hygiene products, entertainment, handmade products and personal letters of support. For more information, visit www.operationgratitude.com.