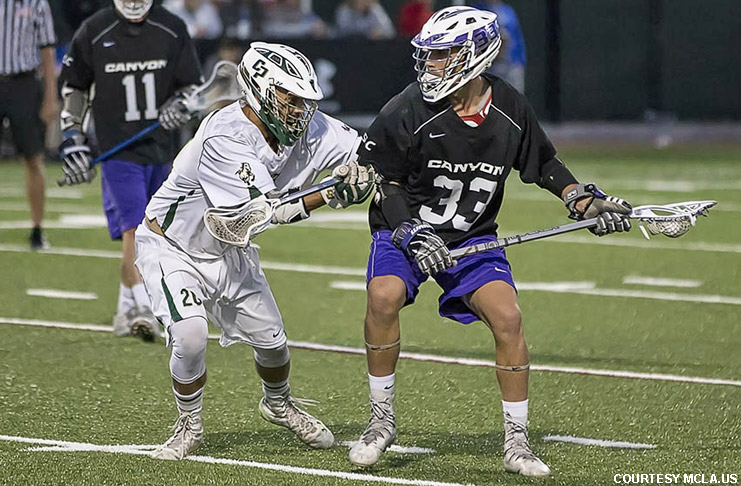 After winning the Southwestern Lacrosse Conference and MCLA national titles in 2015, Grand Canyon University fell just short of repeating those accomplishments in 2016. The Lopes lost to Chapman in the SLC championship game and to Cal Poly in the semifinals of the MCLA national tournament.

With the 2016-17 school year under way, here are some things to know about the Lopes, courtesy assistant coach Jeff Guy:

Team goals for the 2017 season: As always, we would like to focus on the process of developing the correct work ethic, skills, and leadership that is needed to have another successful season. If we do the things that we need to do consistently, then we will be in a great spot to attain the team goals that we fell short of in 2016.

Recent notable achievements: Finished ranked No. 4 in the final 2016 poll, [reached] MCLA Final Four, four All-Americans (two of those return in 2017), SLC Conference Finalist. A successful 2016 season no doubt, but we fell short of two of our team goals (SLC Division I Champions, MCLA Division I national champions). We have a solid group of guys coming back this fall. The coaching staff feels great about their talent, work ethic and leadership. We lost a few talented players to graduation, and it will be fun and interesting to see who steps up to fill some key roles. We are very excited to start fall ball this October.

Fall-ball plans: Strength and conditioning three days per week for the whole semester. We will have approximately 20-24 fall-ball practices starting in October. We will finish the fall slate with a tri-scrimmage day with Arizona State and University of Arizona.