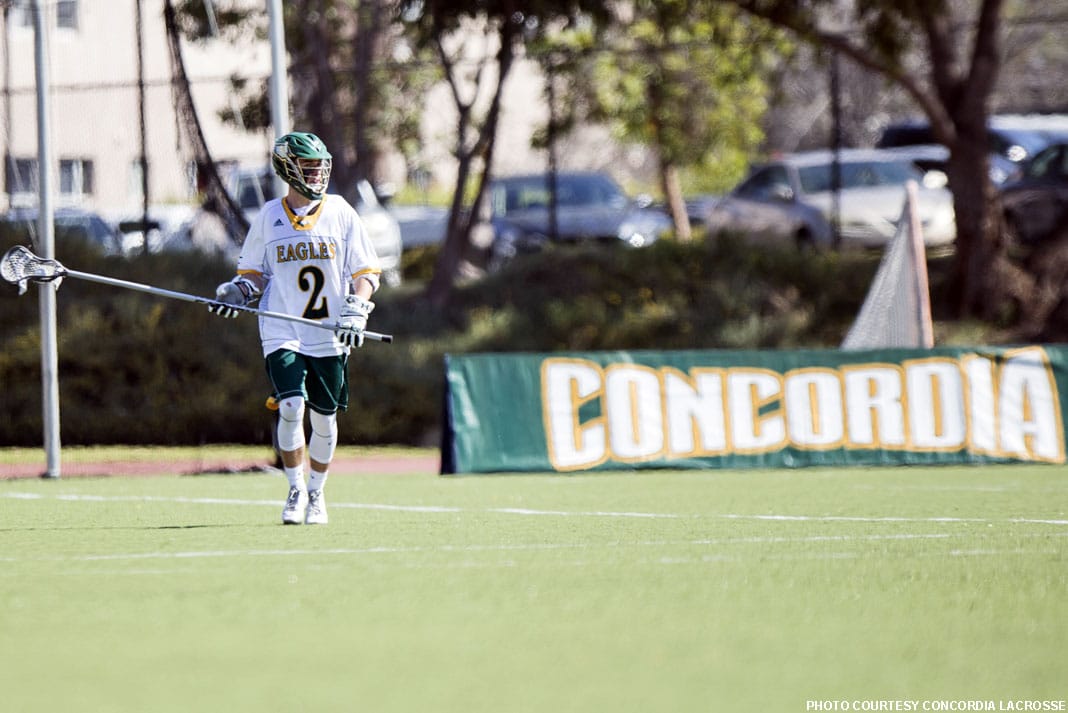 Concordia University went 14-1 last spring and 20-1 in 2015. In both seasons, the Eagles won the Southwest Lacrosse Conference Division II championship but lost in the MCLA national tournament.

Despite losing three All-Americans from last year’s squad, coach Ryan Brent (41-10 in three seasons) says the team is focused on getting stronger in every way and competing this spring for its fifth consecutive SLC D-II title.

Next year’s schedule
Seeking to build a stronger out of conference schedule, we will be taking trips up to Sierra Nevada College, where we will play Montana State and Sierra Nevada, the defending RMLC & WCLL champs, respectively, in consecutive days. We also will host out-of-conference opponents Fort Lewis, Montana (Grizzlies) and Metro State. As always, an SLC inter-conference rivalry game against Cal State Fullerton also will be on the schedule.

Fall-ball plans
Fall is a time that we use to increase our continuity as a team and improve individually, with strength and conditioning as well as team practices. We will be competing in our annual scrimmages with local teams and will finish out fall at the UCSB Face-Off vs. Leukemia tournament on Nov. 12 and the UCI Freeway Six-Way tournament on Nov. 19.