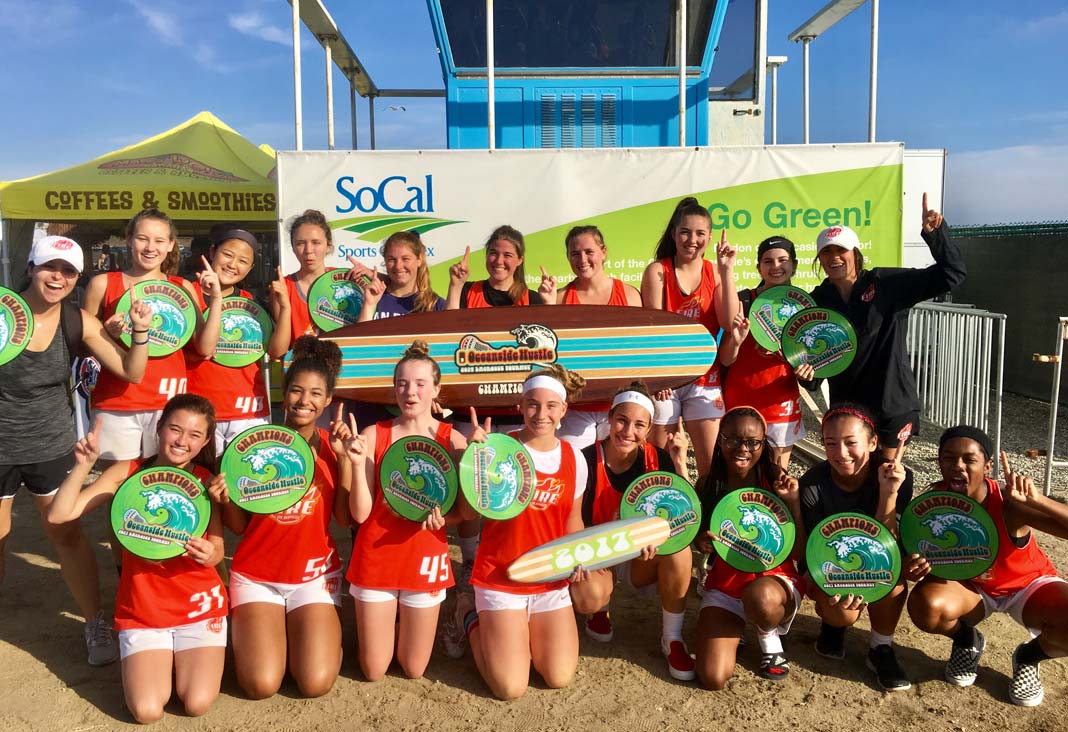 Fire Lacrosse 2018/19 opened Saturday’s pool play with an 8-4 victory over 3d Oregon in which six different Fire players scored goals, setting the tone for the rest of the weekend. The Fire defense held the Corona Wave to two goals in an 8-2 pool victory. Goalie Daniella Guyette made numerous saves, the defense made timely stops and Fire capitalized on 50-50 ground balls, giving the offense plenty of opportunities to score.

Pool-play Game 3, against OC United Grey, was a true test of character. Fire fell behind early and trailed most of the way, but the squad hung around and found a way to win. The possession battle in the draw circle was even, so it came down to the defensive unit getting crucial stops. Playing with grit and determination, Fire managed to come from behind for a 6-5 victory. The play in this game set the tone for the attitude the Fire girls would take into Sunday’s games.

Fire 2018/19 trailed 5-2 at halftime in Sunday’s semifinal matchup with 3d Colorado, but coaches Sloan Kessler and Meghan Toomey managed to refocus the team, and Fire held 3d to only one more goal while scoring four to tie it 6-6 at the end of regulation. Fire 2018/19 carried its momentum into sudden death OT, where Shelby Tilton assisted Kailee Follette for the game-winner in a 7-6 victory.

In the championship game, Fire Lacrosse 2018/19 faced a very fast and technically skilled Aces team in a see-saw battle that had the teams tied 4-4 at the half. But Fire started to pull away in the second half. Tilton was a powerhouse on the draw control, supported by Shay Hefft, Aubrey White, Follette and Zeyna Faucette in the midfield. The Fire offense started to take control of the game, while the defensive unit held up against a very skilled and talented Aces offense. Grace Sweetak caused two turnovers that led to offensive runs and consecutive goals. The final blow came when Makena Carter scored to make it 9-6.

It was an impressive showing at the highest level of West Coast lacrosse for an extremely hard-working and resilient group of players.

“It is really gratifying to see how far we’ve come in less than two years,” Toomey said. “When we started the Fire program, our HS team went 1-4 and 0-5 in several tournaments, but through it all we persevered. And now we are competing and winning at the highest level. It validates our approach, and it is a testament to the hard work and determination of our players.”