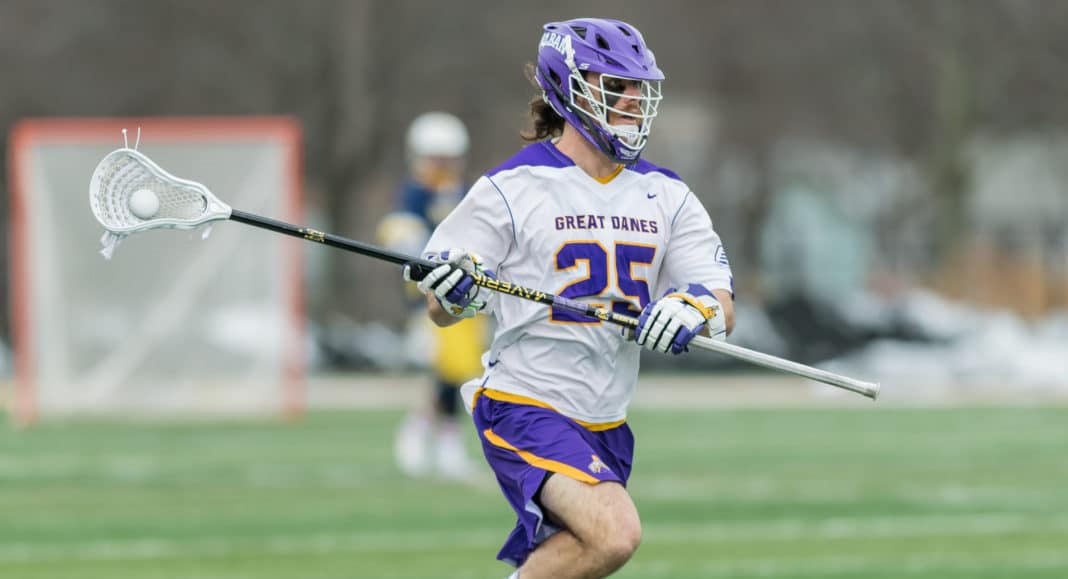 Former San Clemente High School lacrosse star Stone Sims (SCHS 2014) has helped the University at Albany men’s lacrosse team achieve the NCAA Final Four weekend for the first time in school history. Sims, a senior starting defenseman, also is the first former SCHS lacrosse player ever to appear in a game on Final Four weekend for a Division I men’s lacrosse team, so the SC Times reached out to Sims to learn more about his and the team’s magical run:

SC Times: Stone, congrats on helping get Albany to its first ever Final Four! Tell us, how you and the team are feeling right now?

Stone Sims: Everyone on my team is pumped but since we are the first lacrosse team to make it this far in school history, we are trying to stay calm because we feel we haven’t really done anything to celebrate yet.

SCT: Tell us about this Albany team. What makes it so special?

Sims: I’ve always told people that Albany is a different breed of kids, a bunch of blue collar kids who weren’t highly recruited besides (Connor) Fields and Tehoka (Nanticoke). It starts with the coaches, who are the best coaches I’ve ever had, and are always there for you on and off the field. Everyone gets along and we’re all brothers and I think that having that makes the game a lot more fun and that connection we have from being around each other pretty much 24/7 shows on the field.

Q: You’ve had a spectacular career there. What is the key to your success?

Sims: Everything that I have accomplished I couldn’t of done without my teammates. We all work together as a unit and of course the best coaching staff on the planet.

Sims: The biggest lesson I’ve learned from D1 is that there are no individuals and in order to be successful you need to work and communicate as one. Coach (Scott) Marr always says replace the “me” for the “we.”

SCT: How did playing at San Clemente High help shape you for college? Do you keep in touch with your former SCHS teammates?

Sims: Playing at SCHS got me ready for college mainly because of (former) coach (Glen) Miles who had taught me so much about the sport and had coached me from seventh grade throughout high school.

SCT: What advice would you give to high school players who dream of playing college lacrosse?

Sims: My advice to them is that if they want to go on to the next level they have to fully commit to the game along with committing to the weight room and staying in great shape and to do well in school because without school you’ll go nowhere.

SCT: What’s your prediction for the Yale game? Can you guys win it all?

Sims: The game against Yale is going to be a really good game. They beat us in the regular season, but we have really been focusing on ourselves since then and as whole have improved all over the field. I think its very possible to win it all, but to get there we have to win Saturday so all of our focus is on that.

Watch Sims and Albany face off against Yale (and former Corona del Mar goalie Hoyt Crance) in the NCAA semifinals on Saturday, May 26 at 9 a.m. PT on ESPN2.