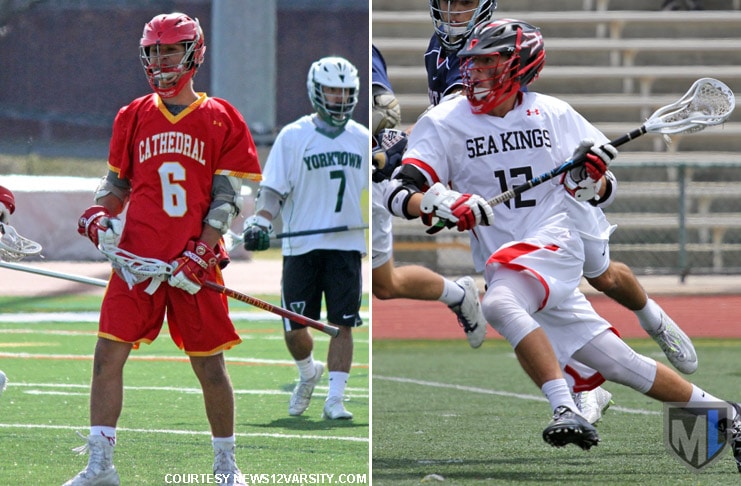 Attack Ryan Fazio of Cathedral Catholic and middie Peter Henkhaus of Palos Verdes were among 22 incoming freshmen at Marquette in an announcement issued Wednesday. The large class with help offset the loss of 19 members of the program’s first four-year class.

“We are excited to welcome a large group of student-athletes to campus,” Marquette head coach Joe Amplo said in the release. “This contingent of young men come from very diverse backgrounds and are entering the Marquette Community at a great time.”

Fazio and Henkhaus are joining to other Southern Californians on the Golden Eagles’ roster. Owen Weselak of Torrey Pines is a junior face-off middie, and Josh Williamson (Redondo Union) is a redshirt freshman attack/middie. Williamson broke his arm in a scrimmage Jan. 30 and missed his first season.

Here is how Marquette described Fazio and Henkhaus in the official release:

Personal: Born in San Diego, California … Son of Kirstan and Dave, who played women’s soccer and men’s lacrosse at UCLA … Plans to major in business.

Personal: Born in Long Beach, California … Son of Ken and Elizabeth Henkhaus … Has one brother, Zach, who plays lacrosse at Bucknell … Plans to major in business.