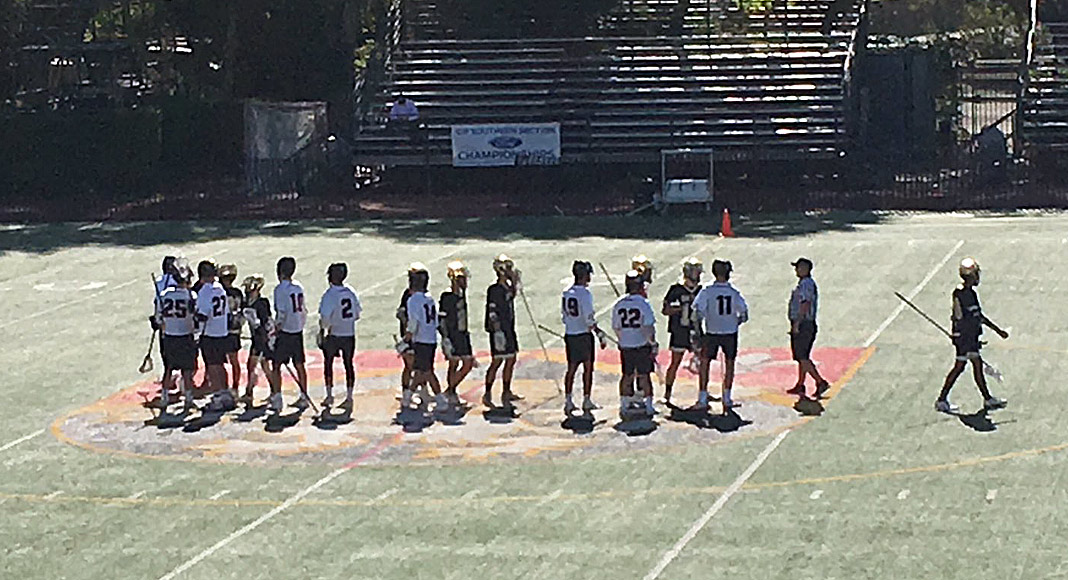 Senior Paul Rodriguez scored four consecutive goals to open the game Thursday, staking No. 3 Harvard Westlake to an early lead that carried the Wolverines to an 11-5 second-round victory over No. 6 Oak Park. Harvard Westlake had blitzed the Eagles 13-3 earlier in the season.

Harvard Westlake (11-7) advances to face No. 2 Palos Verdes in Saturday’s semifinals at Culver City HS (5 p.m.). The teams met at Harvard Westlake on March 13, a game the Sea Kings won 9-6.

Thursday, the Wolverines had six goals before the Eagles scored their first.

Oak Park finally broke through late in the second period on a goal from senior James Mabry, and senior Adam Julius made it 6-2 with a minute left in the half. But Rodriguez scored his fifth of the game with 17 seconds to play, and Harvard Westlake carried a 7-2 lead into the break.

Asher Early and Reid Hudgins extended the Wolverines’ lead to 9-2 heading into the fourth quarter. The Eagles mounted a bit of a comeback, scoring three goals in a little more than two minutes to cut the Harvard Westlake lead to 9-5 with 7:01 to play, but they could get no closer.

Julius and junior Tyler Bradbury each had a goal and an assist to lead Oak Park.