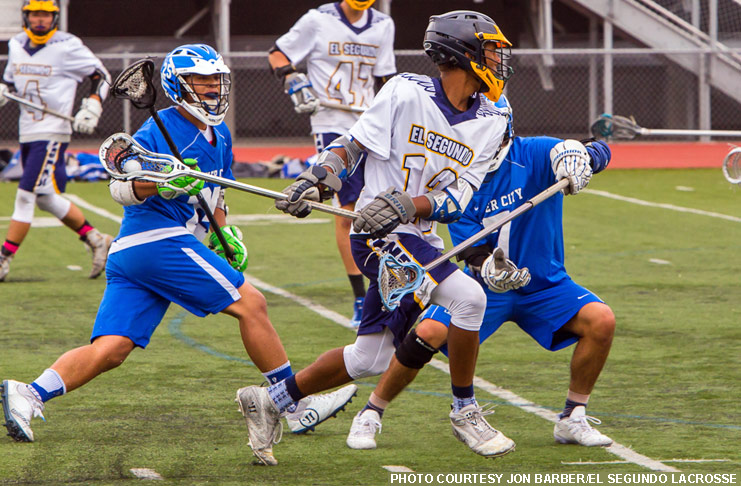 Daniel Ball scored two of his four goals and had an assist during a 6-0 first quarter Wednesday, helping No. 14 El Segundo take an early lead and cruise to a 13-3 Ocean League victory over visiting Culver City.

The win kept the Eagles (10-2, 3-1) alive for a possible share of the Ocean League title. They play at Santa Monica (12-0, 4-0) on Wednesday, and a win there would tie them with the Vikings for first-place with three league games to play. Santa Monica beat El Segundo 9-8 the first time they met.

Wednesday, Ball sparked an El Segundo offense that led 8-0 at halftime. Possession was a big factor, with junior middie Devin Bonney winning 15 of 20 face-offs and collecting 13 ground balls. That gave the Eagles plenty of opportunities, and they capitalized.

Senior Cory Lund scored five goals and had four assists, bringing his season point total to 101 (51 goals, 50 assists). It is his third consecutive 100-point season. Ball finished with four goals and one assist, Lukas Roscoe scored two goals — giving him 50 points on the season — and Rory Cochrane and Christian Martin each scored one.