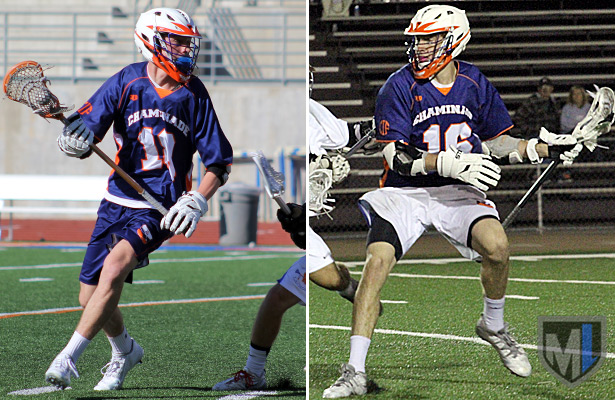 In 2010, Chaminade blew through the Mission League with only one loss, in overtime at Harvard Westlake, to claim its third league title in six years. But that roster lost more than a dozen seniors to graduation and there was a coaching change over the summer.

Over the next three seasons, the Eagles won only four games and made yet another coaching change. But Steve Lane, who started as Chaminade’s defensive coordinator in 2012 before becoming head coach the following season, seems to have turned things around.

The Eagles went 9-10 in each of the last two seasons and last year made the playoffs for the first time since that 2010 season. This year, with a long list of experienced players returning and renewed interest in lacrosse on campus, things are looking up.

State of the program
“We return an experienced roster. Our senior class is strong in every position, and we have a lot of great underclassmen poised to make an impact. There are a lot of players capable of becoming a major part of this team’s success. We won’t know for sure who that is until spring comes. A lot can happen between now and then, and no one has a guaranteed spot, so I am curious to see who shows up ready to go on Day 1. This also will be the first time in my 4#&189; years at Chaminade that depth will not be an issue, and we will have inner-squad competition that we have lacked for years.”

Top returners
“We return our four starting offensive middies from last year, all of whom were in a “first-line” rotation: Seniors Ryan Oaks (committed to Ohio Wesleyan), Mark Galanti, Charlie Griffin and sophomore Max Kim. I anticipate another 2-3 players contending for a first- or second-line position this year.

“Our attack will be great this year. We lost two key seniors last year, but we return a very talented group of sophomores who will likely make an impact, plus junior Hunter Gissinger, who has been working very hard, and senior Mitch Kalkwarf, who moved back from living in North Carolina. He started for us as a freshman and sophomore.

“On defense, we return a bunch of talented work-horse athletes who are highly motivated and have been getting very strong this fall: Nicky Certo, AJ McDonough, Liam Staats, Jack Cygan, Chris Carroll and Cole Millard, and Peter Manfredonia returns in goal.”

Key newcomers
“Again, I anticipate another big group of underclassmen to be key role players on the defensive end and am just looking forward to seeing who puts in the work in the offseason to prepare. Our seniors are leading the charge this year in full force, but we have a strong arsenal of talent behind them.”

Primary emphasis of fall ball
“Half of our program is currently playing football and having awesome success at all levels. The football-to-lacrosse crossover at Chaminade is getting bigger, and it’s awesome to see. Every year we get more multi-sport athletes, and that is what I am looking for.

“The other players are staying busy with box lacrosse and some field lacrosse, but the main focus is in the weight room and training for injury prevention, which really hurt us last year. Because of injury, we didn’t play a single game last year with our complete starting lineup.

“We have the ability to have a great season ahead, and the young players coming into the program continue to set the bar higher every year. We are doing everything we need to right now to make sure we can get on the field and execute this spring.”