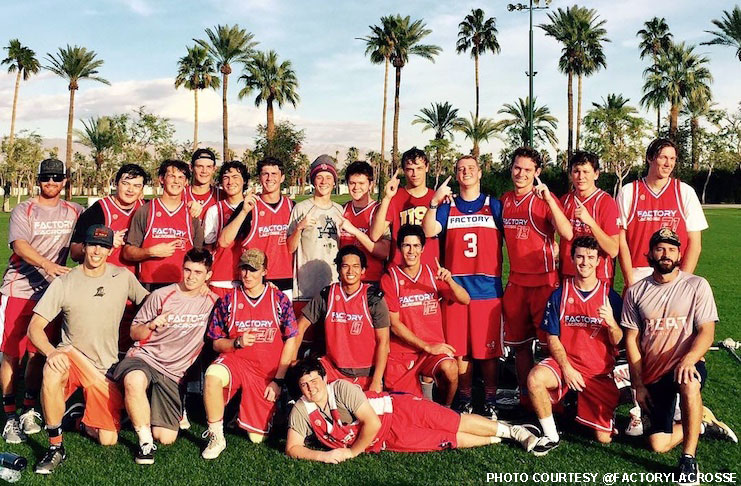 Based out of the South Bay and made up largely of players from Palos Verdes High School, Factory Select HS outscored its opponents 54-26 in seven games. Their closest result was a 6-5 pool-play win over Victory SJC of Orange County on Saturday.

Congrats to the Factory HS crew for winning the HS open championship 🏆at Sandstorm! #bethebest

Editor’s Note: We were informed that Lowi and McBride, though listed on the Factory roster, did not play in the tournament. Check out this link to see the entire posted roster.

After wrapping up Group C pool play at 5-0, Factory Select HS beat LaxDawgs of San Diego 5-3 in the semifinal and Blackhawks of Utah 8-4 in the title game.

The LaxDawgs had won Group D, going 5-0 and outscoring opponents 58-12 before being held to three goals against Factory. LaxDawgs featured committed players Jake Brophy (Coronado/Holy Cross) in the midfield and Nate McPeak (Eastlake/Syracuse) in goal.

The Blackhawks had won Group A, also going 5-0, then beat Pool B winner 951 Lacrosse of Temecula and Murrieta Valley in the semifinals.