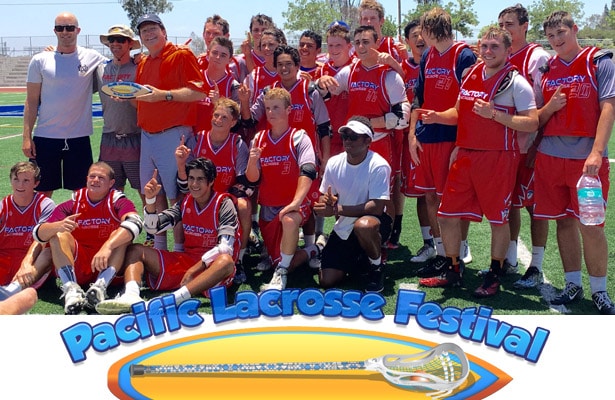 Factory Elite won the Boys HS Elite division at the Pacific Lacrosse Festival in San Diego for the third consecutive year, posting an 8-7 win over Alpha Elite in the title game to finish 5-0 for the event.

The Mavs played their third consecutive one-goal game in the semis but came up short against Factory in an 8-7 contest. Mavs went on to defeat Angel City 12-2 in the third-place game.

Elsewhere at the PacLax tourney: