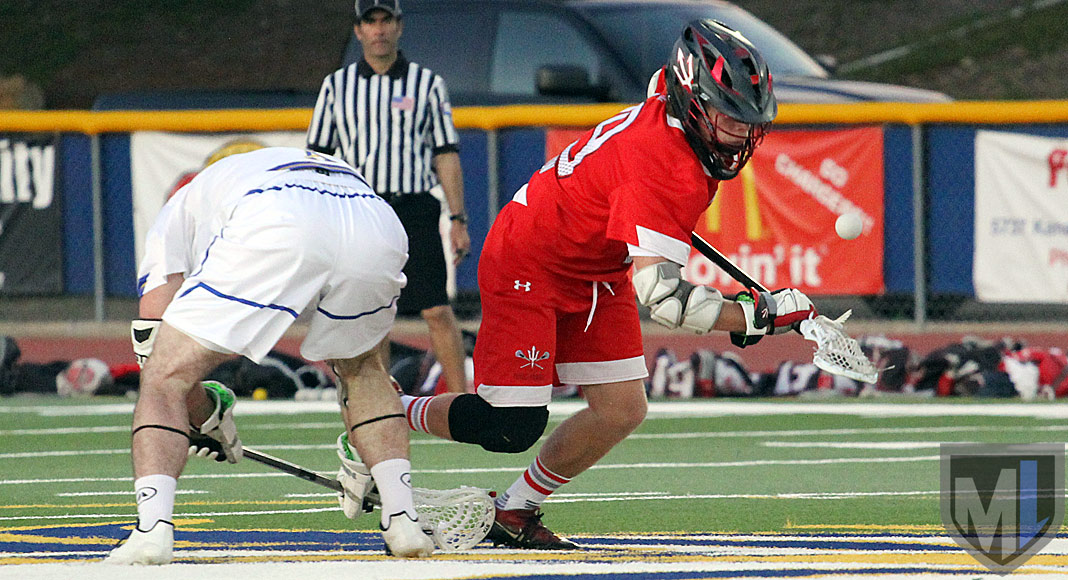 Sophomore Cole Clinton won nearly every face-off Thursday, and No. 2 Palos Verdes capitalized on the possession advantage by taking a 7-1 halftime lead and cruising to a 13-4 win over host No. 7 Agoura.

The 13 Sea Kings goals came in spite of a mammoth effort in goal from Chargers junior Zach Tripp, who made 19 saves, 11 of them in the first half while Palos Verdes (8-3) relentlessly attacked his cage.

Nine of the Sea Kings goals were assisted, with at least seven of them coming from uncovered attackmen on the doorstep after quick and accurate ball movement. Sophomore Luc Charbonnier led Palos Verdes with five goals, and freshman Brad Sharp (3g, 2a) and seniors Jake Nolls (2g, 3a), Gage Rowland (1g, 1a) and Beau Sabosky (1g, 1a) all contributed multiple points. Michael Nagy also had a goal, and Clinton and Jake Jellison picked up assists.

But the offense worked because it had plenty of opportunities to find its rhythm. Clinton, filling in for injured senior Colin Fitt, kept winning the ball at the face-off dot.

“He killed it,” PV coach Jimmy Borell said. “He’s like a completely new player this year. He’s worked his butt off. I’m pumped to have him. Fitty has a pulled hamstring, so hopefully he’ll be back after spring break. We have, like, thunder and lightning with those two.”

Early on, though, the Agoura defense held up. Tripp had three saves and intercepted a pass for a take-away, and the Chargers trailed only 2-1 in the last minute of the quarter. But the Sea Kings scored with 23 seconds left to make it 3-1, then Clinton won the ensuing face-off going forward and hit Rowland for a goal with 16 seconds left. Suddenly PV led 4-1.

Still, with Tripp making eight saves in the second period, PV scored only one in the first 11 minutes of the frame, and the Chargers were still in it. Two goals in the last 1:09, though, pushed the Sea Kings’ lead to 7-1 at the break.

The Chargers (6-4) simply couldn’t convert at the offensive end after Tripp and the defense made stops.

“Offensively, guys just gotta step up,” Lindsay said. “There are certain guys out there that when we play good teams, they go into shells and are really just a shadow of what they are as a player. Until we figure out how to get those guys to have some confidence and play, we’re going to struggle offensively against really good teams.”