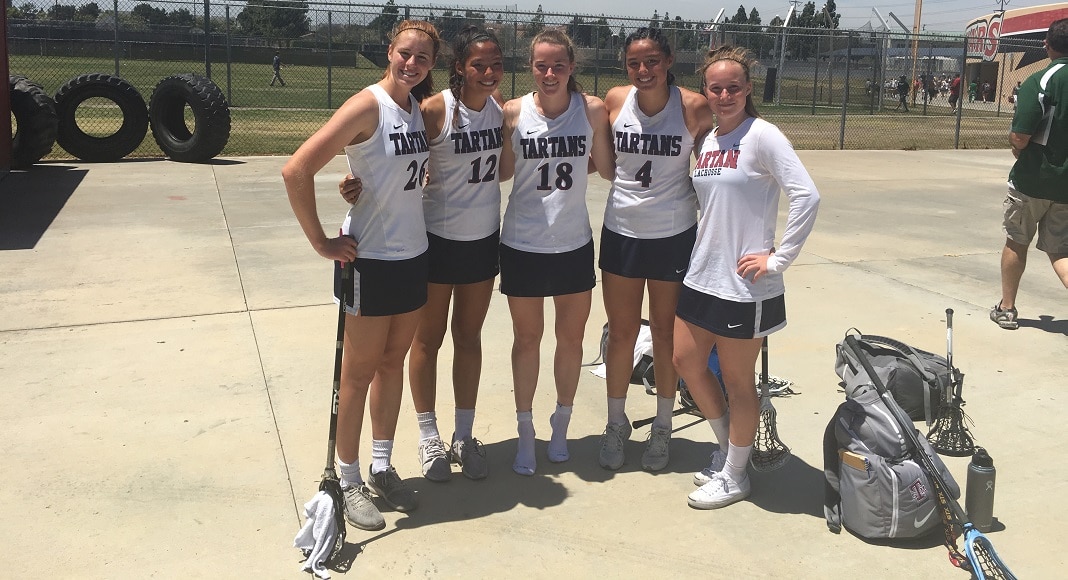 For the last two years, the No. 1 St. Margaret’s girls’ lacrosse team has been knocking on the door only to find disappointment.  In 2016, a 14-1 team suffered an early departure when Newport Harbor shocked them in double overtime during the second round.   Last year it was an 8-7 heartbreaker to Mater Dei.  So yesterday the Tartans decided to kick the door down and earned entry into the County championship game by defeating fifth-seededTrabuco Hills 16-8  at Segerstom High School.

It’s been a long wait for the Tartans who have not advanced to the finals since 2008, and they will face second seeded Mater Dei on Wednesday at Irvine High at 5:30 p.m. The two-time reigning Southern Section champions edged third seeded Foothill 12-11 in overtime.

Although the Tartans rang up 16 points, coach Holly Reilly credited the defense.

“We were focusing on a defense that was going to deny the feed and the challenge both, which sometimes when you decide to deny one you almost give up the other, so with our defense , we were just emphasizing on the hands of the attacker with the ball and everyone flood inside to make sure we don’t have open cutters,” Reilly said.

The outcome of this game was never really in doubt as the Tartans scored early in often in the first half.   They scored the first four goals of the game and Trabuco Hills didn’t get on the board until the 16:25 point of the half.  After falling behind 11-3, the Mustangs scored three straight goals to close the gap to 11-6 at halftime.

The seasoned Tartans were not phased by the Mustangs’ run and resumed control of the game in the second half.  The Tartans didn’t allow the Mustangs to get any closer, winning draw controls forcing turnovers, which eventually paved the way to their victory.

Maddie Barkate led the way for the Tartans with four goals while Cailin Young, Campbell Case and Jordan Miles had three goals apiece. Niki Miles found the back of the net twice while Audrey Larson added one. Defensively, Niki Miles had six groundballs and six takeaways while Ellie Jones had four saves.

“Our M.O. is always ‘best shot, not worst shot,’ and the reality is the best shot is not always the same person, so we drill into them find the open girl and we practice having vision in practice and moving the ball fast, and that’s what you see out there,” Reilly said.

For the Mustangs, Hennessey Evans netted a hat trick while Juliet Mooney and Ieneke Jimenez both scored twice. Kristen Rosenberg added a goal for the Mustangs, which got seven saves from Chiara Reniero. Evans finished her junior year with 102 goals.

“They knew that they were the underdogs. There’s no doubt about that. We played as best as we could and I’m proud of them,” Mustangs coach Scott Leong said about the Mustangs, who were making their first semifinals appearance in team history. 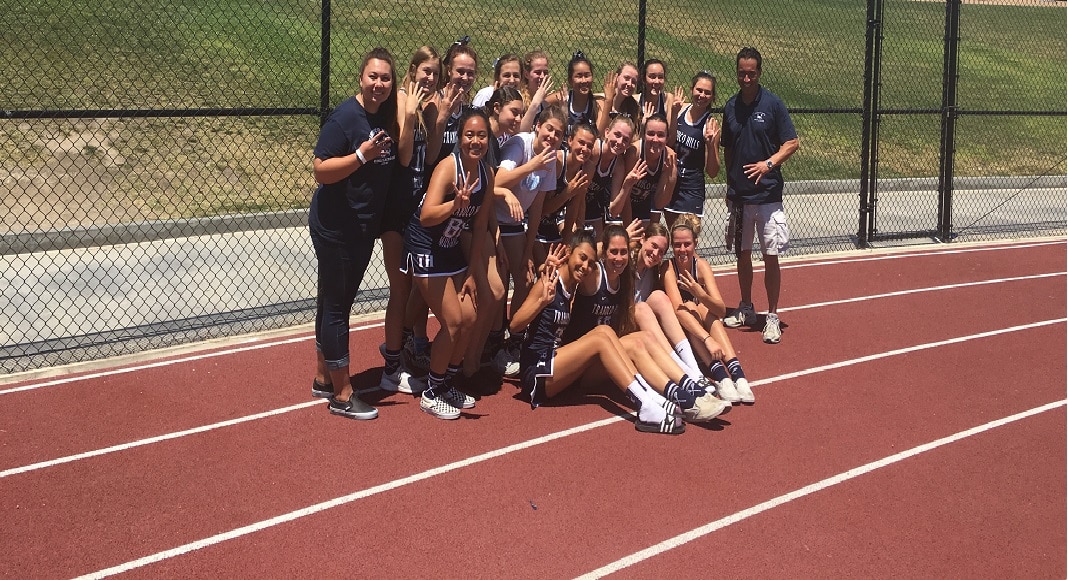 Despite the loss, Leong said 2018 was a successful season for the South Coast League champions. Leong said the turning a point for the Mustangs was when they lost to San Juan Hills, but beat Newport Harbor the day after in triple overtime with a player down.

“Every game they played in, even when they were down, they never gave up. And we had times where we turned it around and came back. Beyond that, a lot of good team cohesion. We always kept ourselves in the game by not getting on each other,” Leong said.