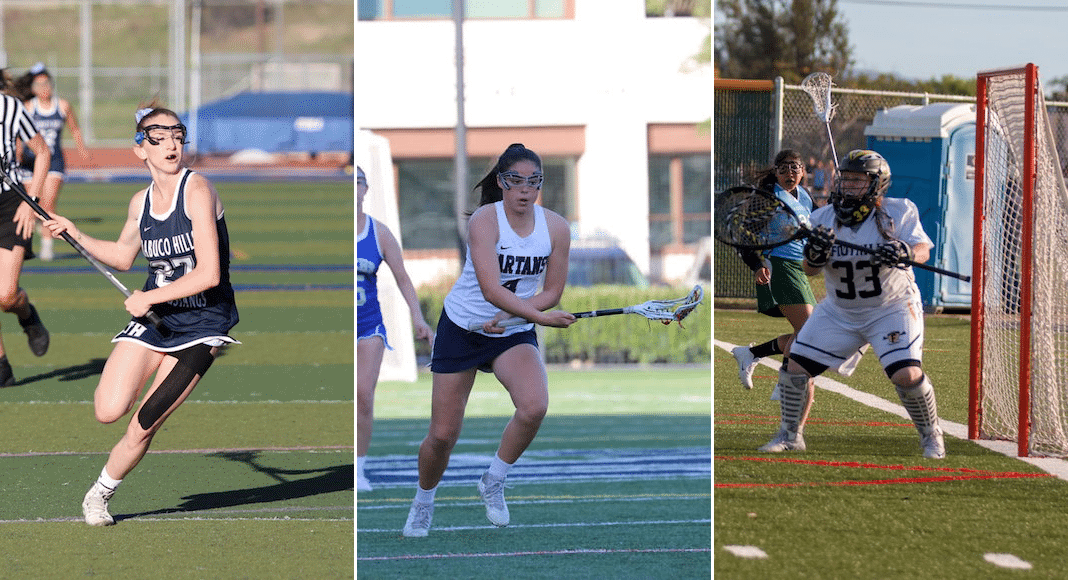 Evans who according to MaxPreps was averaging five points per game through March 21, brought it up yet another notch against Newport Harbor on Thursday.  She scored seven goals, including the game-winner, and assisted on three others to help the Mustangs outlast the Sailors 14-13 in triple overtime.

Miles’ all-around play was one of the big reasons why Santa Margarita never threatened the Tartans in a 16-4 game last week.  She finished the game with one goal, two assists, three groundballs and four caused turnovers.  For the season, Miles leads the team in assists, groundballs, and caused turnovers.

Nailon is Foothill’s x-factor.  To beat the Knights, you have to get the ball past Nailon and this is not an easy thing to do.  She is allowing only seven goals per game and has a 0.544 save percentage this season.