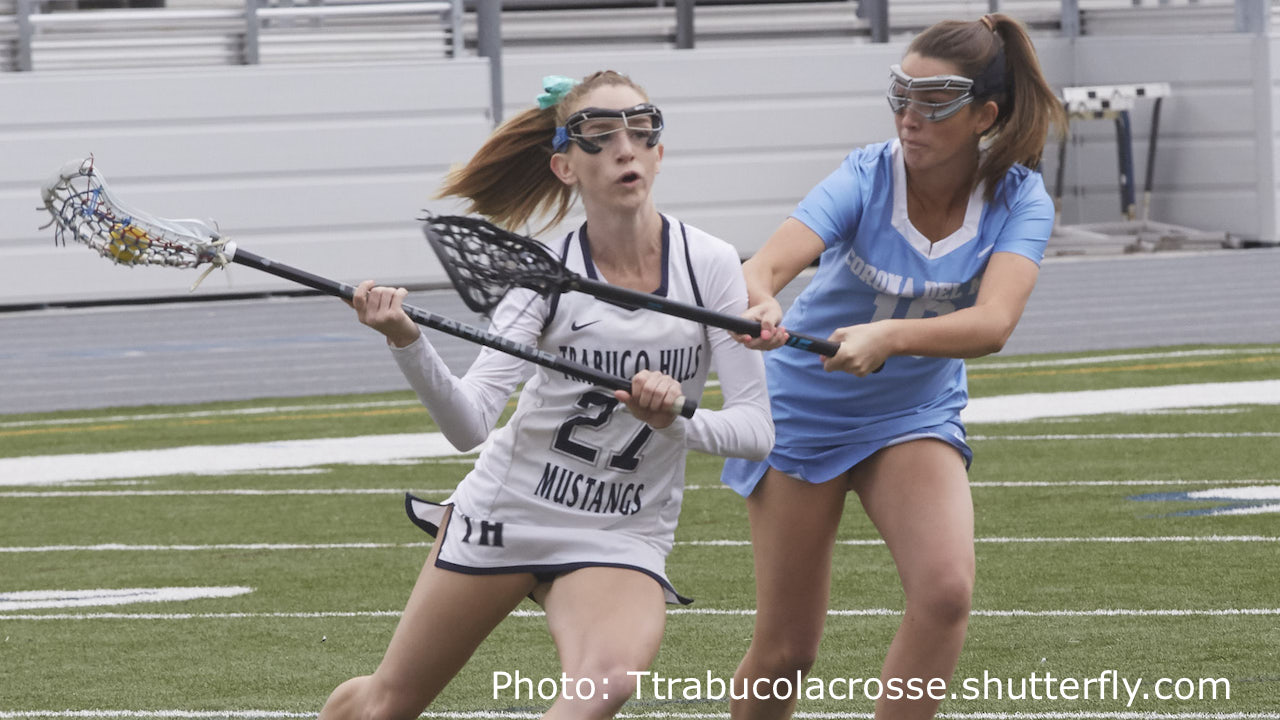 Trabuco Hills girls lacrosse standout Hennessey Evans did what most players haven’t done in their high school careers, finish with more than 400 goals. Evans finished her four years with 401 goals in 75 games.  That’s an average of five goals per game folks.

Evans crossed the 400-goal mark in Trabuco Hills’ first round playoff win over Corona Del Mar in May. She also finished her high school career with 453 points and a 54.6 shooting percentage.

“I would say her work ethic is what has gotten her where she is today. The mindset of always wanting to improve and executing that over practices year after year throughout all her lacrosse years,” Mustangs coach Scott Leong said in an email.

Evans stepped onto the high school lacrosse scene in a big way in 2016 when she scored 80 goals to help the Mustangs finish second in the always tough South Coast League. She was held scoreless for the first and last time of her high school career that season.  The Foothill Knights earned the distinction of being the only team to shutout Hennessey Evans when they did it to defeat the Mustangs 12-5 in a 2016 quarterfinal game.

“What stood out was her advanced overall skills and lacrosse IQ as a freshman. Besides that, her abilities as an athlete were amazing – coordination, speed, endurance, reaction time, and determination to win,” Leong said.

Evans hit the century mark for the first time as a sophomore when she scored 102 goals to lead the Mustangs to the first of their three back-to-back-to-back league championships. Evans also garnered South Coast League MVP honors as well.

“That drive also rubbed off on her teammates at practices to get serious about improving over the course of the seasons. Besides that, Hennessey would help her fellow teammates at practices with advice on skills improvement and would let them take the lead on drills so they could improve themselves and therefore, the team,” Leong said.

Evans’ junior year saw her score 103 goals, helping Trabuco Hills make the semifinals for the first time in team history. One of her more memorable games that season was a triple overtime thriller against Newport Harbor.  Down eight to five at halftime, the Mustangs went into a deeper hole after halftime when four yellow cards left them short-handed for the rest of the game.  Evans’ responded with seven goals including the game-winner.

Evans scored a career-high 116 goals her senior season, which was second in Orange County and the Southern Section, behind Katelyn Murphy (Santa Margarita) who had 145 goals. Evans also posted a career high in goals in a single game (12) in a 16-7 win over Corona Del Mar.

“Hennessey the player and teammate will be missed. All her lacrosse skills with her reserved humble attitude all wrapped up in an unassuming stature ready to bust out come game time. We won’t see the likes of her kind at Trabuco for a long time,” Leong said, adding that her #27 jersey would be and is retired.

One of Evans’ reason for success is her competitive drive, as her older brothers Harrison and Holden, who surpassed the 300-point mark this year, also played lacrosse at Trabuco Hills.

“I’m very competitive because of my older brothers. They’ve always made me work hard and keep going,” Evans said.