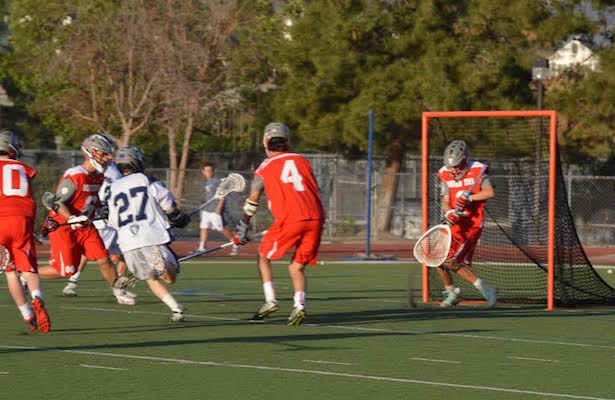 “If you look at the expansion of the game of lacrosse, at the youth, high school and college level, our roster embodies the growth of the game,” Smith said. “The goal two years ago was to take the existing Mavericks, mesh them with incoming classes, which were larger, but talented, to increase our ability and depth as quickly as possible, without losing our core program values. This class allowed us to reach this goal, and will ultimately, bring some extremely talented players to Grand Junction in the fall of 2016. Most importantly, these fifteen young men are good students, good people and even better citizens. We want to continue to create the proper culture here at Colorado Mesa University and our Men’s Lacrosse program; this class does just that.”

Two-time All-Orange County selection. Evans chose Colorado Mesa for “the love of the campus and the great environment the university presents.” Plays club lacrosse for Brady’s Bunch, Rip City, SoCal Express and OC Kings, coached by Tom DeMaio and Johnny Rodriguez.
Coach Smith’s Comments: “Harrison is explosive, quick, shifty and this ultimately makes him a dangerous match-up on the lacrosse field. Has a great upside and his best lacrosse is yet to be played.”

Helped team win the Trinity League Championship. Plays club lacrosse for 3D San Diego and Rip City and is coached by Brendan Fowler.
Coach Smith’s Comments: “Fast, tough, great off the ground, and has a great stick. Intelligent player who understands where he is on the field and who does not beat himself, and a tremendous competitor.