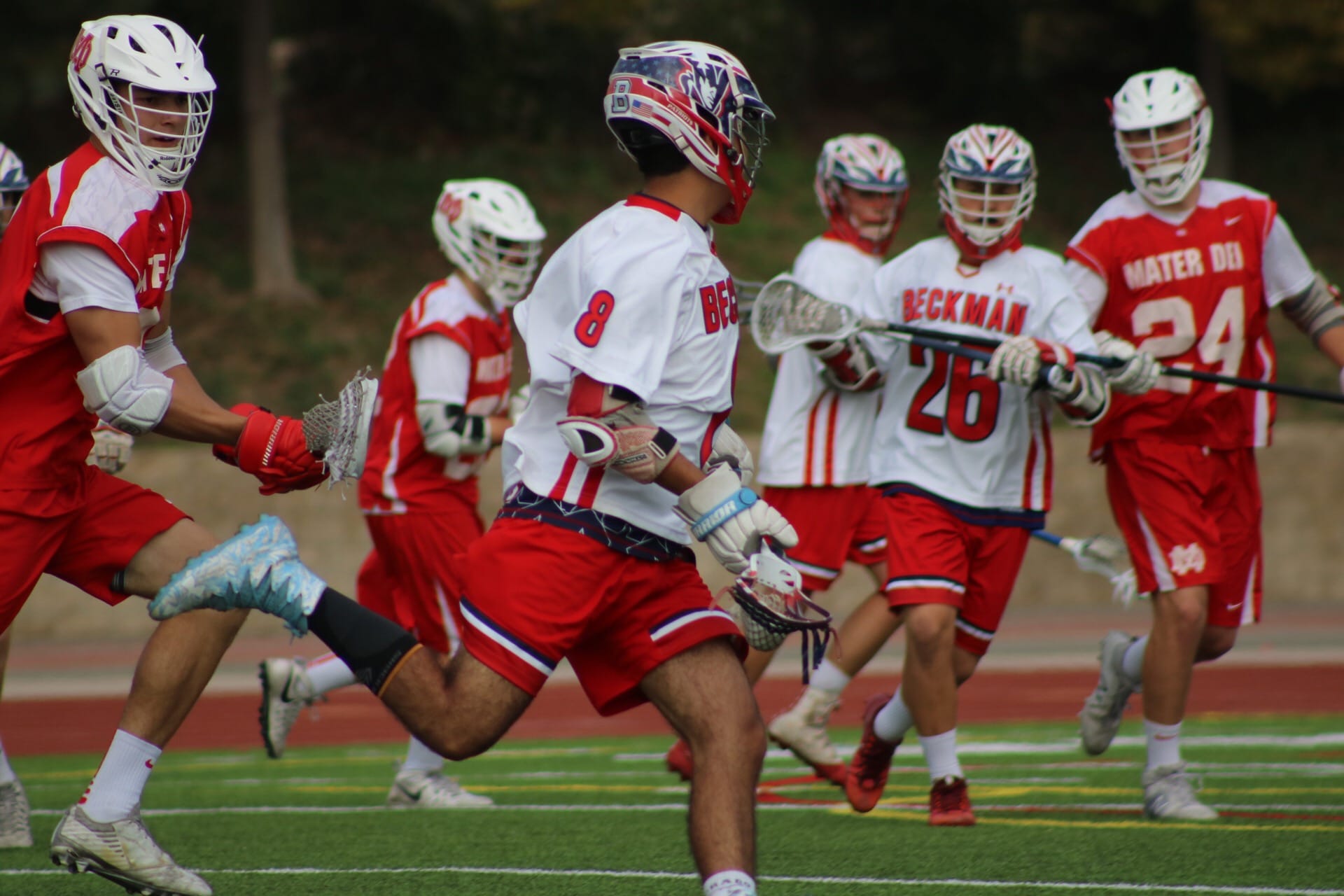 IRVINE- In a battle of head coach roommates (Mater Dei’s Johnny Rodriguez and Beckman’s Matt Cannone), Cannone’s Patriots came out on top 11-6 over the Monarchs on Tuesday. No. 8 Beckman (3-2) has been trending up as of late with three wins in their last four contests, while No. 20 Mater Dei (1-6) continues its slide with a sixth straight defeat.

“It was a great game from the start,” Cannone said. “We were able to get on the goalie really early. We knew that [Mater Dei] had a little trouble in that department this year, so we were just trying to make sure that our first few shots counted and they did a great job on the 50/50 ground balls.”

The Patriots offense got hot early in the game with four unanswered goals, three of which came from Ethan Edwards. After two goals from the Monarchs to end the first, Beckman tacked on three more unanswered to take a commanding 7-2 lead at halftime.

“Our guys didn’t give up,” Rodriguez said. “They kept fighting and I don’t think the score was very indicative of how the game actually went.”

Both teams traded blows with two goals apiece in both the third and fourth quarters, giving the Patriots the win. Cannone had heavy praise for his entire squad on both sides of the field after Tuesday’s win.

“We were re-attacking their slides pretty well,” Cannone said. “We started fading away after they slide we attacked them and were able to swing the ball back side and really expose their short stick. Defensively. I believe in not taking too many checks and play great position, allowing them to make mistakes and I feel like our defense was very disciplined today and did that.”

Defensively, Justin Cheng led the team with six CTO’s and six ground balls. Cayden Seeber had an impressive eight saves between the pipes.

As a team, Mater Dei had 29 shots and converted on six of them. Rodriguez would like to see better finishing from his offense as the season progresses.

“All in all, our offense needs to step up,” Rodriguez said. “We’ve got to make more than 18 percent in the net.”

Beckman will look to keep the momentum going when they match up with inner-city rival Irvine High School (0-2) Wednesday. As for the Monarchs, they will look to finally end their skid Friday night in Santa Ana against No. 9 Yorba Linda (5-2)