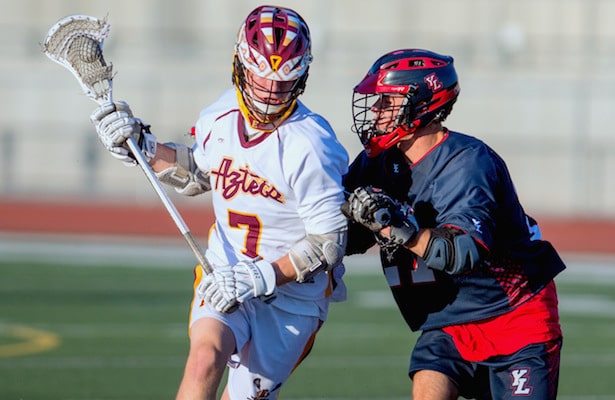 After spending the last six years with the Esperanza Boy’s Lacrosse Program, Head Coach Deron Hansen has decided to step down. “With the founding of the new Orange County officiating association (SOCALOA) as well as a new job unfortunately I will no longer be able to commit to the amount of time and work that is demanded of a Varsity Head Coach. I have enjoyed every second I’ve spent with the Aztecs players and parents, and will surely miss working with the boys everyday.”

Coach Hansen is excited about the future of the program. “The past few years we have consistently had large freshman classes with tons of experience and athleticism. Gone are the days of having to teach every new freshman how to pass, cradle, and catch.”

At Esperanza there is a high level of excitement and support for the sport, and another incoming freshman class of 20+ players this summer. The Aztecs are now openly accepting applications for the head coaching vacancy.  If you’re are interested in becoming the new head coach at Esperanza, contact the AD Matt Slevcove at: mslevcove@pylusd.org