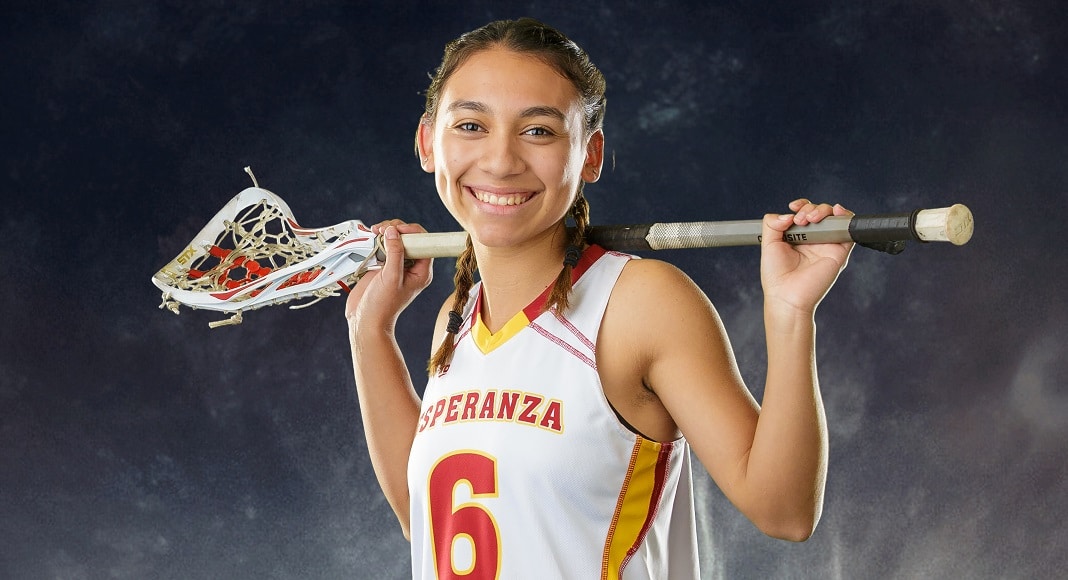 Isabella Alfaro, a standout on Esperanza High’s girls lacrosse team, has committed to study and play NCAA Division 3 lacrosse at George Fox University in Newberg, OR. Alfaro was a First Team All-League performer with with 53 points (23 goals, 30 assists) to help the Aztecs to a 14-4 record and the program’s first outright Century-Empire League title. She led the Aztecs in assists and was second on the team in total points.

The George Fox Bruins captured the Northwest Conference championship with an 8-0 league record and 11-2 overall record.