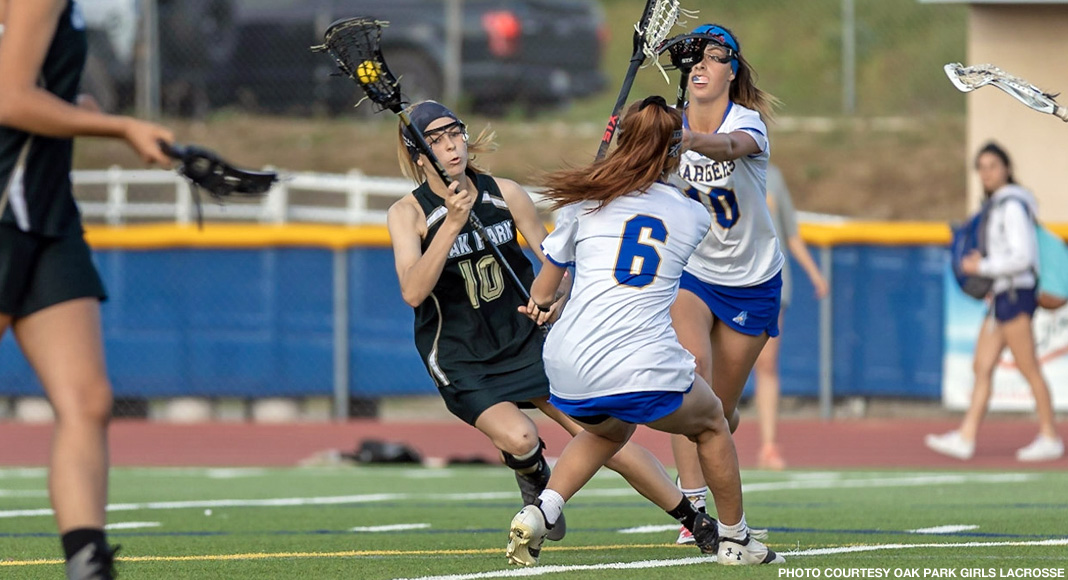 Senior midfielder Erin Dotson of Oak Park was voted Most Valuable Player in the inaugural season of the Coastal Canyon League after leading the Eagles to a 4-1 league record and the league championship.

The Coastal Canyon League is comprised of Oak Park, Agoura, Royal and Simi Valley. Agoura finished in first place in the regular season by virtue of a 15-10 win over Oak Park. But in the league’s championship tournament, the Eagles (11-6) scored with three seconds left in overtime to claim an 11-10 victory over the Chargers and the inaugural Coastal Canyon League title.

Dotson was either first or second in six of seven major statistical categories for Oak Park. She led the Eagles in draw controls (51), ground balls (49) and caused turnovers (29) and was second on the team in goals (43), assists (11) and points per game (3.2). For that, she was named Oak Park Girls Lacrosse Player of the Year. Dotson is committed to play at St. Mary’s College in Notre Dame, Ind.

Dotson was one of eight Eagles honored by the league’s coaches with all-league selections. Agoura had six players selected; Simi Valley placed four players on the list; and Royal placed one. Eleven of the 19 players selected to the first and second teams are underclassmen, including freshmen Alicia Cannon and Kelsie Heffernan of Agoura and Cassie Huber of Oak Park.