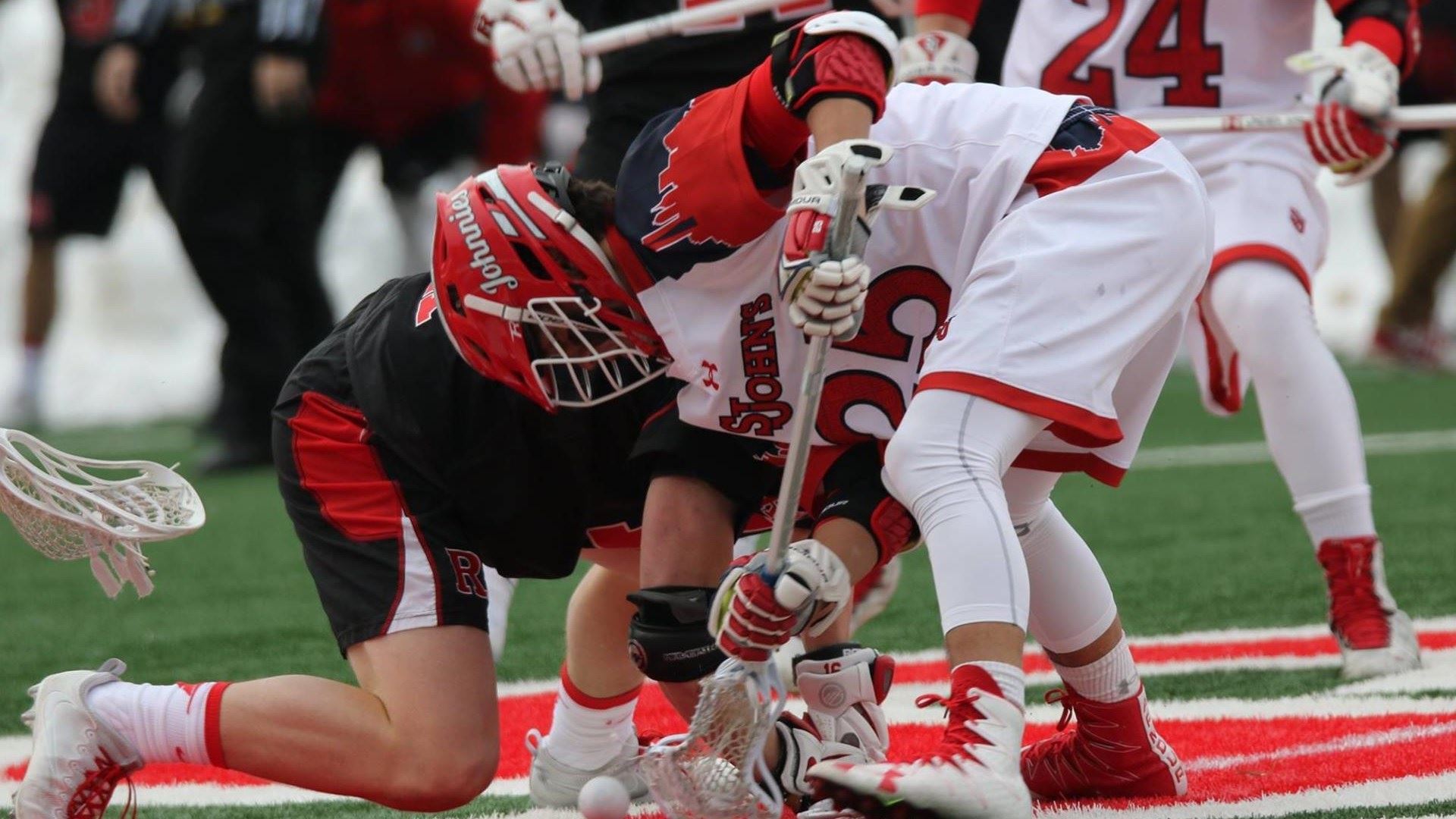 Former St. Margaret’s Tartan Erik Suh, now a junior at St. John’s University, was named 2019 Arthur Ashe Jr. Male Sports Scholar Semifinalist.  Suh is one of 10 semifinalists in line for the award. The announcement on RedStormSports.com is presented below.

FAIRFAX, Va. – St. John’s lacrosse junior faceoff specialist Erik Suh has been named one of 10 semifinalists for the prestigious Arthur Ashe Jr. Male Athlete of the Year, as announced by Diverse magazine on Friday.

“Erik is a really bright, hard-working guy and represents our program in a first-class manner,” said head coach Jason Miller. “We are very proud of him being recognized in this capacity.”

Suh currently boasts a 3.968 GPA in the Peter J. Tobin College of Business and is working toward a combined BS/MBA in finance. Suh has been in the Chi Alpha Sigma National College Athlete Honor Society since 2018 and has been a member of the BIG EAST All-Academic Team throughout his time at the university. The junior has also been appointed to the Dean’s List in 2016-2017 and 2017-2018.

The Dana Point, Calif., native has appeared in 13 games for the Red Storm in his career. The junior has won 40 faceoffs and has picked up eight groundballs in two-plus seasons at St. John’s.

In 1992, Black Issues In Higher Education magazine, now Diverse, established the Sports Scholars Awards. In addition to their athletic ability, the students named 2019 Arthur Ashe Jr. Sports Scholars have maintained a cumulative grade-point average of at least 3.5, are at least a sophomore academically, and have been active on their campuses or in their communities. Of the close to 1,000 scholar athletes nominated, one male and one female athlete will be selected as Sports Scholar of the Year.

The male and female Sports Scholar of the Year, as well as the entire class of 2019 Ashe scholars will be featured in the April 4, 2019, edition of the Diverse: Issues In Higher Education magazine.