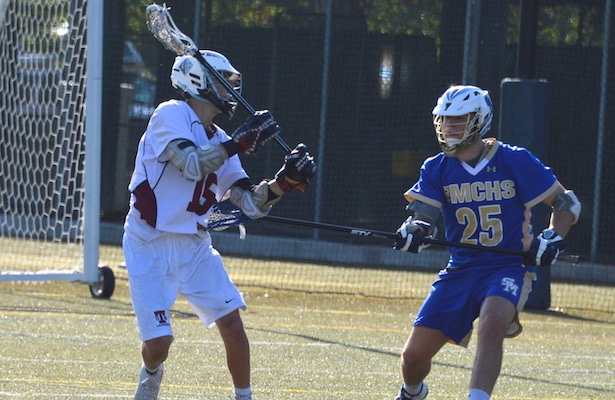 Former Santa Margarita defenseman Eric Rubak was one of 12 newcomers introduced by head coach Kevin Burns in a recent press release.  The group included 10 freshman and two transfers.  Rubak and Thomas  Franceshini of Sacred Heart Prep in the Bay Area are the only two Californians

“I am extremely excited to welcome the class of 2020,” Burns said. “They are a very talented group. We are very excited to see them develop as they learn our system.  They have been working hard and we think they have a bright future.”

Rubak  earned four lacrosse letters at Santa Margarita.  He was a 2X Trinity League Defensive Player of the Year and a 2X First Team All-County selection. Rubak will wear number 36 for the Knights.