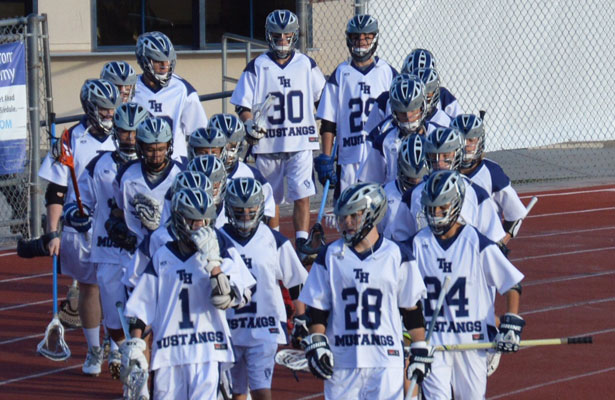 Eric Bassett has been named the boys’ lacrosse head coach at Trabuco Hills High School.  Bassett takes over a program that is on the rise.  The Mustangs earned their first South Coast League championship last year with a 15-4 record overall record, good enough for No. 8 in the final Laxpower.com rankings in the Southern Section.

A native of Denver and a University of Arizona alum,  Bassett will bring a western lacrosse influence to his new post.  He has coached locally for the SoCal Lacrosse youth program and was an assistant at league rival Aliso Niguel.  Bassett took a few minutes to sit down with MaxLaxOC.com and introduce himself to the OC lacrosse community. Read on to get to know Eric Bassett.

MaxLaxOC.com: What attracted you to the Trabuco Hills job?
EB: The great support from the families/boosters and the ability to win now.

MaxLaxOC.com: What are your three top priorities for this season?
EB: Creating stability, building an infrastructure that can sustain excellence and taking care of our seniors.

MaxLaxOC.com: What style of play do you like to use?
EB: In a perfect world; A transition game like Brown, defend and ride like Norte Dame and run a pure motion offense like Denver.

MaxLaxOC.com: Where did you grow up?
EB: Denver, Co.

MaxLaxOC.com: Where did you play lacrosse?
EB: University of Arizona

MaxLaxOC.com: Best lacrosse memory as a player?
EB: Getting recognition for my school by scoring a goal on National TV in the North vs. South All-Star game at Johns Hopkins University in 1990. (Yes, they had cable television back then)

MaxLaxOC.com: Do you like to give inspirational speeches to your players before the game?
EB: No. I know it’s important to motivate your players and it works for a lot of coaches, but I never needed it as a player. I would rather know I’m well prepared and walk on the field with a silent confidence rather then a massive cheer.

MaxLaxOC.com: What is your favorite movie?
EB: Hoosiers – You’ve got to respect a guy that sticks to his principles, regardless of the heat.

MaxLaxOC.com: What is one thing about you that most people do not know?
EB: I am a Film Producer.

MaxLaxOC.com: What advice do you have for the high school player who wants to play in college?
EB: Lose the attitude and sleep with your stick.